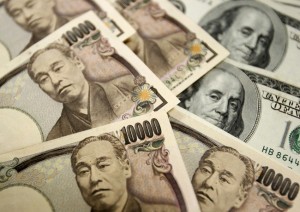 US dollar ended the week on negative territory against the Japanese yen on trading Friday, as concerns appeared that the 16-day partial shutdown in the United States might probably urge the Federal Reserve Bank to delay its plans of scaling back the monthly pace of its stimulus program.

Market players took a brief breath of relief on Thursday, following the news that the US Congress passed a bill to end the partial government shutdown and increase government’s debt ceiling. The deal will provide government funding until January 15th and lift nations borrowing cap until February 7th. Negotiating sides also agreed to debate over broad fiscal matters in an attempt to reach a deal in a longer-term by December 13th.

But however, concerns arose that the experienced 16-day period of shutdown may prompt the Federal Reserve to postpone its intentions of paring back the monthly pace of its stimulus at least until the beginning of 2014. As a result, the greenback lost ground on a large scale. Before the shutdown in Washington global markets were expecting that the Federal Reserve will begin phasing out its asset purchases at its meeting on policy on October 30th, or in early December, though many experts have pushed back their estimates of a start date to early 2014, probably after current Fed Chairman Ben Bernanke’s mandate expires on January 31st.

During the week ahead the data, released out of the United States will be closely watched, especially after the delay of a number of reports of utmost importance, including non-farm payrolls in September, providing clues in what health nations economy remains.

On Monday (October 21st) Japan will publish a report on its trade balance, followed by data on the index, gauging activity in all industries in the country. Later in the day the United States will report on existing home sales in September.

On Tuesday (October 22nd) the United States will release its report on the change in non-farm payrolls in September, which has initially been scheduled for release on October 4th. It will be accompanied by a report on the unemployment rate in September.

On Wednesday (October 23rd) the United States is to show data on the indexes of import prices and house prices.

On Thursday (October 24th) the United States will release its weekly report on initial jobless claims, followed by data, regarding the preliminary value of the manufacturing PMI for October. In addition, a separate report will reveal the September new home sales.