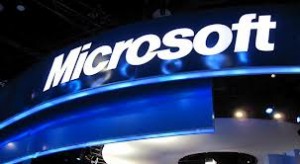 Three of the top 20 investors in Microsoft Corp are persuading the board to press for Bill Gates to step down as chairman of the software company in order to facilitate a change in strategy, according to people familiar with matter.

There is no indication that Microsofts board would grantthe wishes of the three investors, who collectively hold more than 5% of the companys stock, according to the sources. They requested the identity of the investors be kept anonymous because the discussions were private.

Gates owns about 4.5% of the $277 billion company and is its largest individual shareholder.

The three investors voiced concerns that Gates role as chairman effectively blocks the adoption of new strategies and would limit the power of a new chief executive to make substantial changes. In particular, they point to Gates role on the special committee searching for Ballmers successor. They are also worried that Gates, who spends most of his time on his philanthropic foundation, owns power out of proportion to his declining shareholding.

Gates, under a pre-set plan ,sells about 80 million Microsoft shares a year, which if continued would leave him with no financial stake in the company by 2018.

Microsoft is actively searching for a new CEO, as its board has said Ballmers strategy will go forward. He has focused on making devices, such as the Surface tablet and Xbox gaming console, and turning key software into services provided over the Internet. Some investors oppose to the continuation of Ballmers strategy.

News that some investors were pushing for Gates resignation as chairman triggered mixed reactions from other shareholders.

“This is long overdue,” said Todd Lowenstein, a portfolio manager at HighMark Capital Management, which owns Microsoft shares. “Replacing the old guard with some fresh eyes can provide the oxygen needed to properly evaluate their corporate strategy.”

Shares of Microsoft have been static for a decade, and the company has lost ground to Apple Inc and Google Inc in the move toward mobile computing.

One of the sources said Gates was one of the technology industrys greatest pioneers, but the investors felt he was more effective as chief executive than as chairman.

The current consensus among 38 polled investment analysts is to hold stock in Microsoft Corp. Company shares advanced more than 25% year-to-date.