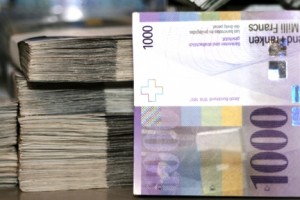 US dollar increased against the Swiss franc on Wednesday, as market players took positions in expectation of the US Manufacturing PMI and new home sales reports, scheduled for release later in the day.

Safe haven demand for the US dollar was boosted after an official report showed that Chinese manufacturing activity dropped to an 11-month low during July. HSBC Holdings Plc and Markit Economics reported that the preliminary value of the Purchasing Managers’ Index in Chinese sector of manufacturing decreased at a faster than expected rate to 47.7 in July, after showing a value of 48.2 a month ago. Experts had projected an increase to 48.6.

Later in the trading day the United States was expected to release data, regarding new home sales, which is a crucial indicator of the housing market situation in the country, as better than projected results may increase the demand for the greenback.