Rio Tinto the Anglo-Australian mining group, has recently stated it has abandoned plans to sell its precious gems business. 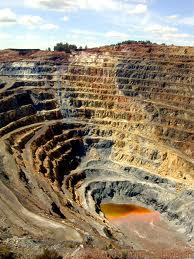 Alan Davies, the head of Rio’s diamonds and minerals division, said today the company had considered a number of “strategic ownership options” for the division but decided the “best path to generate maximum value” for shareholders was to hold its diamonds assets.

He added for Financial Times: “We have valuable, high-quality diamonds businesses that are well positioned to capitalize on the positive market outlook”.

The world’s biggest mining industries are looking to contract non-core assets aiming to reduce spending and curb costs amid softening prices for key commodities and slowing growth in China.

Despite the recent believe that Rio Tinto would sell its diamond business companys CEO statement for Daily Telegraph was “This is not market day at the bazaar. I’d be quite happy to keep it.”

Rio controls three diamond mines: Argyle in Australia, Diavik in Canada (60%) and Murowa in Zimbabwe (78%). It also has a development project in India. In a recent report Deutsche Bank valued the assets at $2.2 billion.

Rio Tinto Diamonds reported a loss of $43 million last year, down from a net profit of $10 million in 2011, because of lower selling prices.