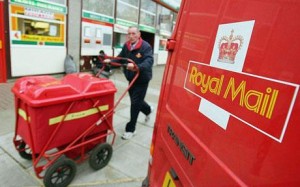 Investors supported the criticised as underpriced, stock of the Royal Mail on Friday, in one of Britains highest-profile privatizations in years.

Shares in the more than 360 years old postal service operator surged by as much as 38% on Friday after debuting on the London Stock Exchange (LSE).

As institutions were scrambling to buy shares of the postal service, the bids were exceding nearly 20 times the allocated amount of Royal Mail shares to institutions. Therefore, it was cut to meet higher-than-expected demand from individuals.

“You get an enormous amount of froth and speculation in the aftermath of a big IPO of this kind,” Cable said on BBC Radio 4. “It’s of absolutely no significance whatever. What matters is where the price eventually settles.”

The government sold a 52% stake in the company, raising 1.72 billion punds ($2.8 billion). In addition, a 10% stake was handed to Royal Mail employees.

The shares were priced at 330 pence each ($5.27) ahead of the opening bell, but immediately jumped to 456 pence each when trading began. The price eased back during the morning but was still up by over 30%.

The IPO remains critisized by analysts as well by politicians as opposition arguing that the postal service was sold off too cheaply.

“The government has slightly mispriced this and theyre going to be criticized for that,” said Joe Rundle, head of trading at ETX Capital, cited by CNN Money. “They should have priced it at £4 per share. If they had, we wouldnt have seen this mad scramble today.”

Royal Mail may soon be included in the FTSE 100 index of leading London shares.

Royal Mail is the largest IPO in Europe since April 2011, when Glencore Xstrata Plc raised $10 billion in its London listing, according to Bloomberg.

The main Communication Workers Union is opposing the sell-off of shares. Some of the staff protested outside the London Stock Exchange on Friday, which may lead to union members voting on taking strike action next week.

“Shares will make no scintilla of difference to postal workers who are far more concerned about their jobs,” General Secretary Billy Hayes said in a statement.