Developed by Chester W. Keltner, the Keltner Channels are a banded indicator, similar to Bollinger Bands and Moving Average Envelopes. It consists of an n-period simple moving average – the middle line, and two outer channel lines which are derived by adding (for the upper one) and subtracting (for the lower one) an n-period simple moving average of the High/Low range. In comparison, Bollinger Bands use standard deviation for band placement.

Since it was first introduced in 1960, the indicator has been modified and improved, most notably by Linda Raschke who proposed the use of an exponential moving average as the middle line and Average True Range to set the channel distance.

Since channels are designed to contain the price action, any move that is strong enough to penetrate its boundaries and leave the channel warrants increased activity by traders. Depending on whether the market is in a strong bull/bear trend, or it is trading sideways, a breakout through one of the boundaries (thus an overbought or oversold condition) can mean one of two things:

– if the market is clearly trending and the price breaks out of the Keltner Channel in the with-trend direction, it reinforces the trends strength. This price will then often pull back toward the middle line, but the trend is expected to continue and a new breakout in the same direction is very likely.

– if the market is range-bound, the price tends to bounce between the upper and lower channel line. If a price break through one of the boundaries occurs, it is often followed by a reversal back toward the middle line or further down toward the opposite channel line. Check out the following screenshots. The first one visualizes a trending market, while the second shows a trading range. 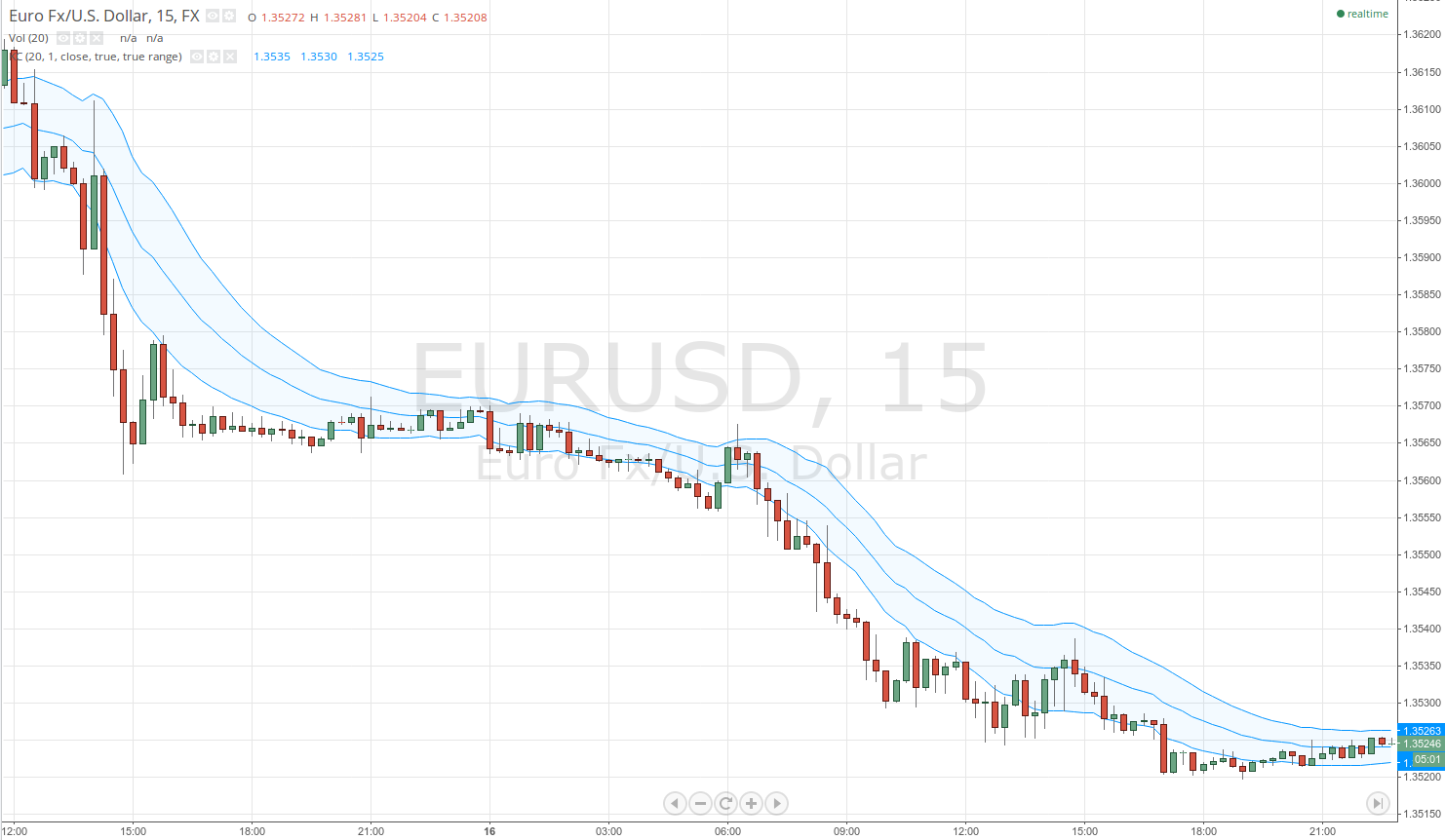 As you can see, the market is in a strong downtrend. The price action is constantly breaking through the lower Keltner band and retraces mostly to the median line before dropping to a lower low outside the channel. 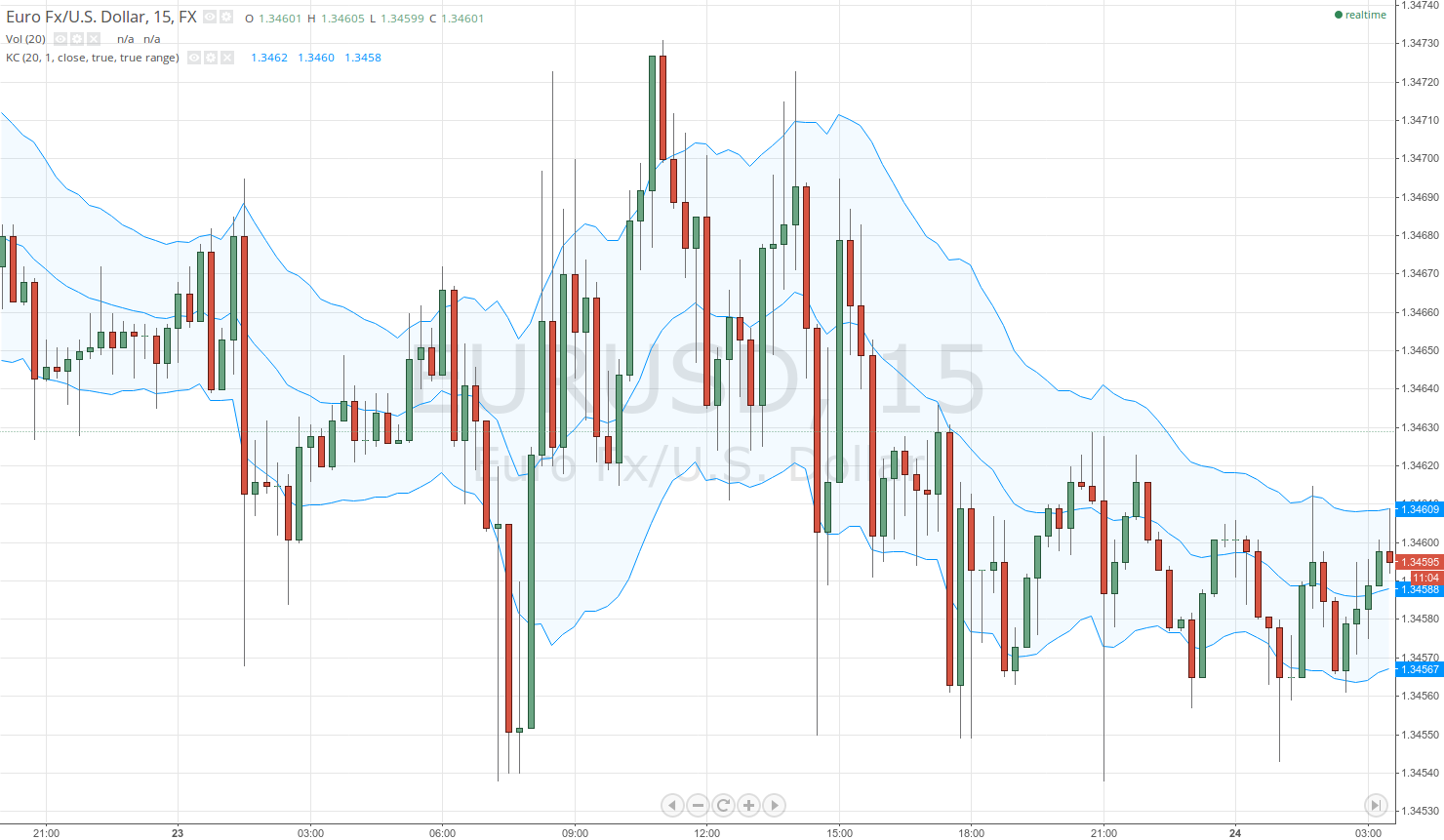 Here the market was trading sideways and the price was constantly fluctuating between the two Keltner bands. Moreover, most breaks beyond an outer channel line were followed by not only a retracement to the EMA, but by a push toward the opposite boundary as well.

Second, because the Keltner Channels outer boundaries are plotted at a distance measured via ATR, whereas Bolling Bands are based on standard deviation which is more volatile than ATR, the Keltner Channels move more smoothly. Many consider this as an advantage because the more constant width is better suited for trend identification and with-trend trading.