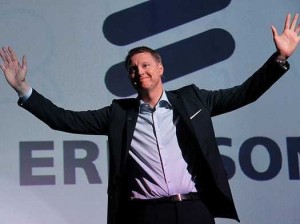 The largest maker of wireless networks in the world – Ericsson AB – made a statement today, revealing its sales over the first quarter of the financial 2014, which failed to reach analysts estimates. The results are considered to be due to the fact that the company bet on more attractive deals in order to increase its profitability.

Mr. Hans Vestberg, who is the current Chief Executive Officer of Ericsson shared that the unexpectedly sharp revenue decline was mainly due to the lower revenue from the companys mobile broadband coverage projects located in North America. Mr. Vestberg also said that the disappointing results are also due to narrowing activity and slowing operations in Japan.

Chief Executive Officer Hans Vestberg said in the companys statement, which was cited by Bloomberg: “Our focus on profitability is paying off. The business mix in the quarter was predominantly driven by mobile broadband capacity projects.”

The overall revenue of Ericsson in North America was reported to have fallen by 23% during the first three months of the current financial year in comparison to the results announced for the same period in 2013. According to the companys statement, its gross margin increased from 32% in 2013 to 36.5% of sales. The result is above the analysts forecasts of 34.4%.

One of the analysts, who work for Evli Bank Oyj – Mr. Mikko Ervasti commented on the companys announcement in a note to customers, which was cited by Bloomberg: “It needs to win new sizable projects in order to support the top line. Gross margin was very solid.”