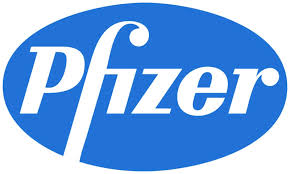 Pfizer Inc. (PFE) is the worlds largest and wealthiest pharmaceutical enterprise. The company produces and develops biologic and molecule medicines and vaccines for people, livestock and animal companions. Top prescription products in the diversified portfolio of the company include cholesterol-lowering Lipitor, pain management drugs Celebrex and Lyrica, pneumonia vaccine Prevnar, and erectile dysfunction treatment. The company was founded 1849 and is headquartered in New York city. Its major research locations are the United States and the U.K. Pfizer has presence on nearly every market in the world and its products are being sold in over 150 countries.

Consumer Healthcare and Nutrition – The Consumer Healthcare segment consists of non-prescription products in the following therapeutic categories: dietary supplements, pain management, respiratory and personal care. Some of the pharmaceuticals offered on this market are: Advil, Caltrate, Centrum, ChapStick, Preparation H and Robitussin. In the Nutritions portfolio is included a line of nutrition supplements for new born babies and toddlers, exclusively sold outside of North America.

Established Products and Emerging Markets – The pharmaceuticals that have lost patent protection in specific countries are manufactured and developed under the supervision of the Established Products and Emerging Markets business unit. Examples of such medicines are Medrol for blood disorders, Relpax for migraine treatment and Protonix prescribed for acid-related damage to the esophagus. The Emerging markets division is focused on pharmaceuticals in Asia, Latin America, Middle East, Africa, Central and Eastern Europe and Turkey.

Pfizer`s board of directors is annually elected. Chairman of the Board and CEO is Ian Read. Previously he served as Senior Vice President of Pfizer from 2006 through 2010. The rest of the board of directors are independent specialists. Oliver Brandicourt is President and General Manager of the Emerging Markets division. Before this assignment he held senior operational positions at Pfizer. Frank DAmelio is Chief Financial Officer of Pfizer and Executive President, Business Operations. He was Senior Executive Vice President of Integration and Chief Administrative Officer of Alcatel-Lucent, responsible for the integration of the Alcatel-Lucent merger.

The company`s revenue for 2012 totaled USD 58.99 billion. Pfizer generated total earnings before interest, taxes, depreciation, amortization (EBITDA) of USD 26,58 billion for the fiscal 2012. Pfizer spends a notable amount of its revenue on research and development. In 2012, the company’s R&D budget was 7.9 billion U.S. dollars, or more than 13 percent of its total revenue. Pfizer is also spending a large portion of its revenue on advertising, and the company is usually in the Top 10 list of biggest advertising budgets, spending billions each year.

The company is listed on the New York Stock Exchange and also on the London, Euronext and Swiss stock exchanges. Pfizer is included in S&P 500 and Dow Jones stock indexes. The major share of the company is owned by institutional investors – 74.73%. The mutual fund holders consist 37.99% other institutions hold 36.74% and the individual stakeholders are 0.20%. Top Stockholders of the pharmaceutical giant are:

Agouron Pharmaceuticals Inc. The companys operations consist of the discovery, development, manufacture, and marketing of therapeutic products, which play roles in cancer, AIDS, and other serious diseases. Its product, VIRACEPT, was a drug for the treatment of HIV infection. Based in California, it employs 990 people.

G.D. Searle & Company or just Searle is a company focusing on pharmaceuticals, agriculture, and animal health. It was acquired by Pfizer from Monsanto in 2003. The company held patents for Metamucil (laxative), Dramamine (motion sickness), Aspartame( sweetener).

Wyeth was acquired by Pfizer in 2009. The company produces a wide range of pharmaceuticals, which gross 3 billion in sales annually. Pfizer acquired Wyeth for 68 billion. Among Wyeths famous brands are Advil, Caltrate, Centrum, and Robitussin.

Pfizer is ranked number one in the Pharmaceuticals industry and number 40 in the overall ranking of Fortune 500 . Other major competitors are Johnson & Johnson and Merck.