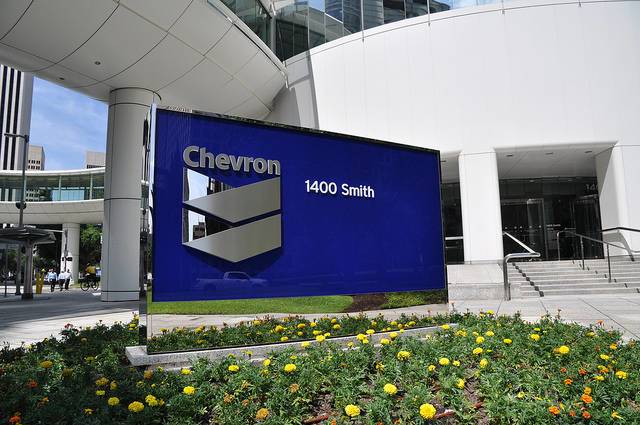 Chevron Corp’s (CVX) division in Nigeria said over the weekend that it intended to reduce local workforce by 25%, as it seeks to cut costs amid weak global demand for oil.

Chevron did not disclose the number of affected jobs, but however, it noted the reductions would affect employees across its operations.

The company also said it did not plan to relocate jobs abroad, while affected employees will be able to keep their jobs until the reorganization is finalized.

The same media also reported that at least 15 out of 26 surveyed investment analysts had rated Chevron Corp’s stock as “Buy”, while 8 – as “Hold”. On the other hand, 1 analyst had recommended selling the stock.