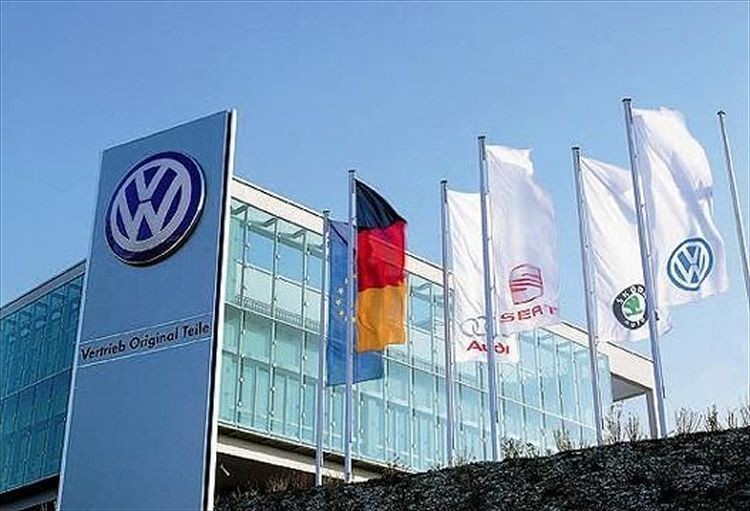 European shares were trading lower on Thursday, following the recent meeting of the European Central Bank. The German DAX declined 0.4%, with the auto sector selling off shares. Volkswagen was one of the declining stocks, with shares dropping more than 2% in Thursday trading.

The German government reported a new stimulus package on Wednesday. The package that is supposed to help the economic recovery of Germany includes different measures. Some of them will be specifically focused on cutting down value-added taxes from 19% to 16%. The stimulus package will also offer families an incentive of an additional €300 per child. One of the measures that caught everyone’s attention was the €6,000 incentive for electric cars costing less than €40,000.

The stimulus for electric cars will most likely help cheaper electric cars such as Kia’s e-Niro, Peugeot’s e-208 GT and Volkswagen’s ID3 model. Unfortunately, more expensive electric cars are not included in the stimulus package. This would mean that buyers who opt for electric vehicles from carmakers like BMW, Audi, Tesla or Mercedes-Benz will not benefit from the governmental incentive.

While the government is planning to support electric car businesses, it has also announced large taxes on vehicles that emit huge amounts of carbon dioxide. For years, companies like Volkswagen, BMW and Daimler used to report vehicle exhaust emissions that are way lower than the actual amounts.

Currently, Volkswagen is in a good position as it can make use of the new stimulus package. The carmaker has determined a price of €29,990 for its ID3 electric vehicle. This would mean that it will fit into the range of up to €40,000 that the German government has decided for the electric-car stimulus.

According to MarketBeat, analysts have a consensus price target of €166.35 for the Volkswagen stock. The company has a potential upside of 17.9% from its current price of €141.04. These results are based on 13 research reports conducted in the last 90 days.

The same media also offers the recommendations of 18 investment analysts who have a consensus rating of “Buy” for Volkswagen’s stock. Out of the 18 analysts, 12 rated the company’s stock as “Buy”, 5 as “Hold” and 1 – as “Sell”.