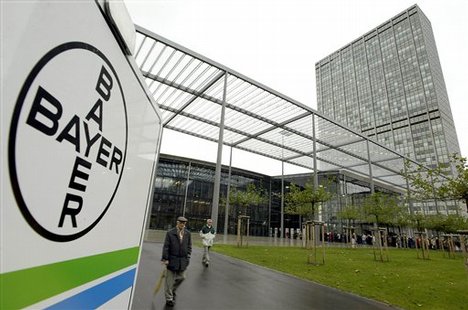 While Monday trading was not that active as a result of the holidays in the U.K. and the U.S., Germany’s stocks enjoyed quite the jump. This is the highest level that the DAX has reached since the beginning of March. The Pharmaceuticals and Healthcare, Software and Industrials sectors were among the best performers on Monday. Bayer’s shares also enjoyed a significant increase of 8%.

Investors were motivated after the news of Bayer reaching agreements on a large number of cancer lawsuits related to the company’s weedkiller Roundup. Although deals are yet to be signed, Bayer is said to have verbally settled 50,000 to 85,000 U.S. cancer lawsuits.

Since the agreements still need to be approved by the supervisory board, Bayer is most likely to announce the settlements in June. The cancer lawsuits followed Bayer’s $63 billion deal for the acquirement of the agrochemical and agricultural company Monsanto.

The CEO of Bayer, Werner Baumann, stated that settling the lawsuits related to the weedkiller product is one of his top priorities. This gave investors a good reason to trust the pharmaceutical company, which led to an increase in Bayer’s shares on Monday.

After the company announces the settlements, it will have to prove its worth. Bayer is planning to combine pharmaceuticals and agricultural products but only time will tell if this will be a successful endeavor. As some investors are still on the bench on Bayer’s strategy, the company will have to work hard to prove that acquiring Monsanto was the right move.

The same media also offers recommendations that reflect the opinion of 23 surveyed investment analysts. Among the polled analysts, 14 rated the Bayer AG stock as “Buy”, 8 as “Hold” and 1 gave the stock an “Outperform” rank.