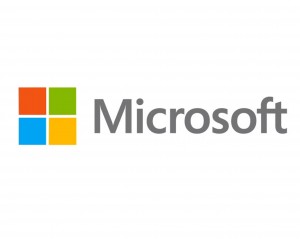 The new leadership of Microsoft Corp. could help it almost double its valuation by parting with a large piece of the business it currently uses to attract consumers.

Schwartz Investment Counsel Inc. revealed that now as Microsoft prepares to appoint Satya Nadella for its new Chief Executive Officer, jettisoning units such as Xbox video-game consoles and the Bing search engine may turn out to be the change the company needs to regenerate its growth.

Stifel Financial Corp. said that Microsoft, which is currently the largest software manufacturer in the world, should go further by also dividing Windows and smartphones business in order to become more focused on providing services to business.

One of the fund managers working for HighMark Capital Management Inc. – Todd Lowenstein, said for Bloomberg: “They need to decide whether it still makes sense to have those assets. Eighty percent of the value of Microsoft is on the enterprise side and it’s not being valued that way today. The consumer side of the business gets a disproportionate amount of attention.”

According to people with knowledge of matter, Microsofts board of directors is to name Satya Nadella as the companys new Chief Executive Offer. She would inherit a company, whose progress in providing cloud-based enterprise software and services have been dimmed by disappointments in tablets, smartphones and its search engine. According to data compiled by Bloomberg, the price-earnings ratio is about half the median for software makers. However, analysts claim that Microsofts valuation could almost double in case it becomes more focused on software and services only.

The market value of the company has been estimated to 303 billion dollars. Steve Ballmer, Microsofts outgoing Chief Executive Officer, cited the new Xbox One as one of the key ingredients of the companys policy while representing the new vision of the company in his final shareholder meeting in November 2013.

Microsofts spokesman Peter Wootton refused to make any comments on whether the software producer would be open to a split as well as on the candidates who were being considered for the position of Chief Executive Officer.