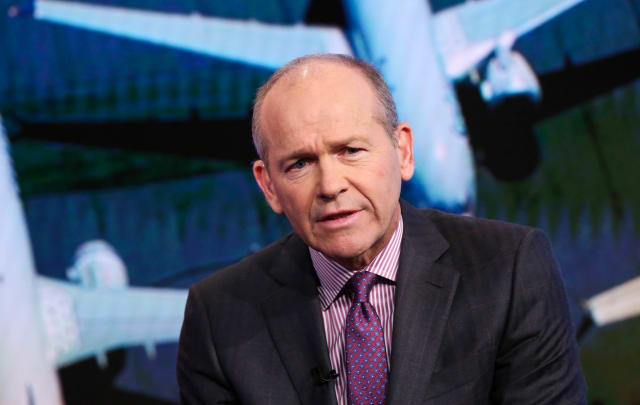 According to a report by Bloomberg, David Calhoun, currently a senior managing director and head of Blackstone’s private equity portfolio operations team, intends to leave the private equity firm and will assume the role of CEO at Boeing Co, effective January 13th.

David Calhoun was also appointed as Boeing’s chairman in October.

Blackstone expects to announce Calhoun’s successor in the coming months, Bloomberg reported, citing a source familiar with the matter.

“Putting in place a world-class leader like Dave at the helm of Boeing is good for the company and important to the country,” Blackstone Chairman Steve Schwarzman said in a statement, cited by the same media.

“His experience driving growth across Blackstone’s diverse portfolio speaks to his unusual capabilities as a CEO, which will serve him well in this complex situation.”

Dennis Muilenburg has submitted his resignation as Boeing’s Chief Executive Officer, after mishandling the aftermath of the 737 MAX crashes.

Greg Smith, Boeing’s Chief Financial Officer, will operate as an interim CEO during the transition period, “while Calhoun exits his non-Boeing commitments.”

According to CNN Money, the 13 analysts, offering 12-month forecasts regarding The Blackstone Group LP’s stock price, have a median target of $57.00, with a high estimate of $62.00 and a low estimate of $47.00. The median estimate represents a 2.89% upside compared to the closing price of $55.40 on December 24th.

The same media also reported that at least 11 out of 17 surveyed investment analysts had rated The Blackstone Group LP’s stock as “Buy”, while 6 – as “Hold”.