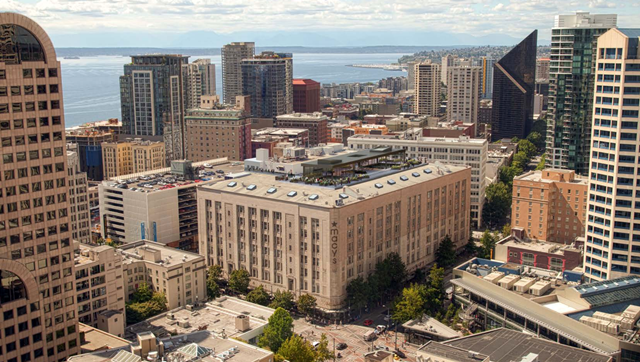 Macy’s Inc (M) said over the weekend that its landmark store at Third Avenue and Pine Street in downtown Seattle would be shut down at the end of February 2020.

“After careful consideration, Macy’s, Inc. has decided to sell the Downtown Seattle Macy’s building,” Blair Rosenberg, Macy’s director of corporate communications, said in a statement, cited by The Seattle Times.

“The decision to close a store is always difficult, and we look forward to continuing to serve our customers at nearby Macy’s Bellevue Square, Alderwood, Southcenter and the Redmond Furniture Gallery, and online at macys.com,” Rosenberg added.

Store employees were informed about the planned closure on Friday morning during a regular staff meeting.

Clearance sales are expected to begin in January next year.

The block-long building at 300 Pine Street was taken over by Macy’s from The Bon Marché in 2003.

The same media also reported that at least 9 out of 15 surveyed investment analysts had rated Macy’s Inc’s stock as “Hold”, while 2 – as “Buy”. On the other hand, 3 analysts had recommended selling the stock.