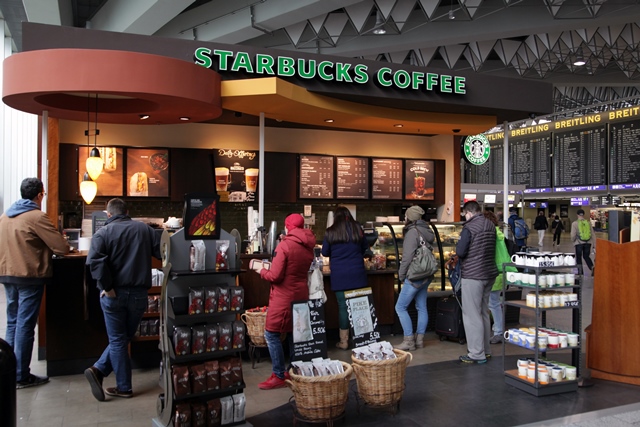 Starbucks Corporation (SBUX) said on Wednesday that it had inked a long-term deal with energy provider Constellation, allowing it to power over 340 of its stores in Illinois with 100% renewable energy produced by Enel Green Power North America Incs HillTopper wind project in Logan County.

Starbucks shares closed higher for a second consecutive trading session on NASDAQ on Wednesday. It has also been the sharpest daily surge since November 7th. The stock went up 1.12% ($0.74) to $66.82, after touching an intraday high at $66.98, or a price level not seen since November 21st ($67.98).

The agreement is expected to ensure better access to renewable energy for Constellations industrial and commercial clients, while Starbucks Corp will be enabled to contribute to the development of the HillTopper project in Illinois.

The deal is to allow Starbucks Corp to generate nearly 48 000 megawatt-hours of wind power from Enel Green Power’s HillTopper wind project, which would be sufficient to brew almost 100 million cups of coffee (or over seven cups of coffee per Illinois resident).

The agreement is also expected to deliver an annual environmental benefit that equals the removal of almost 8 000 passenger vehicles from the nations roads.

“It’s exciting to see Starbucks continue its commitment to play a role in the growth of renewable energy markets,” Rebecca Zimmer, director of global environmental impact for Starbucks, said in a statement.

“We are identifying and investing in new green power projects that are close to our retail communities and give our store partners a story they can be proud of,” Zimmer added.

“Starbucks is among the nation’s top purchasers of renewable electricity and it is fitting that they chose Constellation to sustainably power hundreds of their Illinois locations,” Huston said.

According to CNN Money, the 25 analysts, offering 12-month forecasts regarding Starbucks Corporation’s stock price, have a median target of $66.00, with a high estimate of $81.00 and a low estimate of $55.00. The median estimate represents a 1.23% downside compared to the closing price of $66.82 on November 28th.

The same media also reported that 16 out of 31 surveyed investment analysts had rated Starbucks Corporation’s stock as “Hold”, while 14 – as “Buy”.

By using the traditional method of calculation, the weekly levels of importance for Starbucks Corporation (SBUX) are presented as follows: