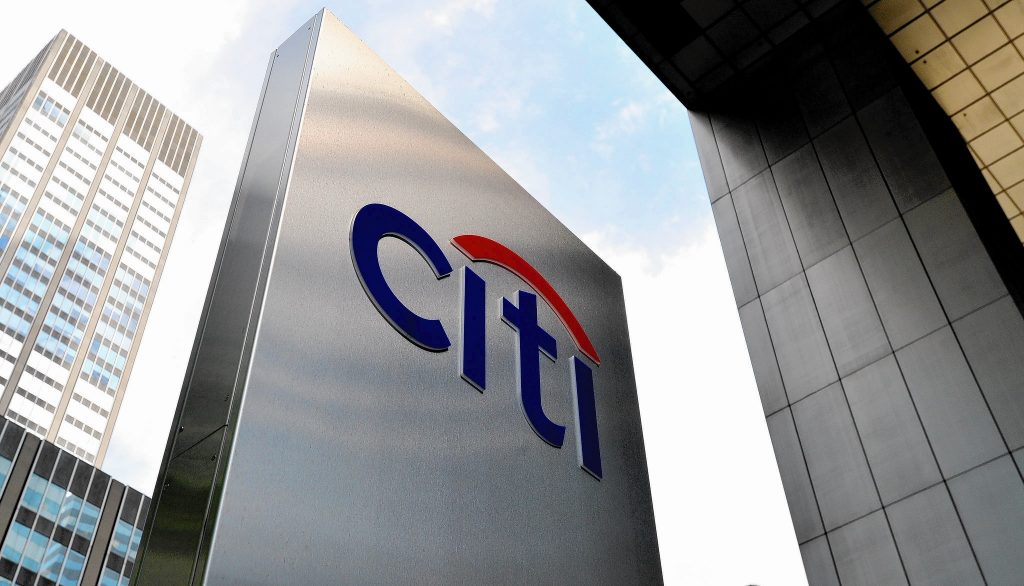 Citigroup shares closed lower for the third time in the past five trading sessions on Friday. The stock went down 0.45% ($0.30) to $66.72, after touching an intraday low at $65.52, or a price level not seen since June 28th ($64.52). In the week ended on July 16th the shares of the financial group lost 1.75% of their market value compared to a week ago, which marked the first drop in the past three weeks and also the sharpest one since the week ended on April 16th. The stock has neutralized earlier gains and is now down 0.24% so far during the current month, following a 10.47% surge in June. The latter has been a second consecutive monthly gain and also the steepest one since November 2016. For the entire past year, the shares of the NYSE-listed financial holding company gained 14.84%.

On July 14th the groups total revenue was reported to have increased 2% to $17.90 billion during the quarter ended on June 30th compared to the same period a year ago, while exceeding market consensus ($17.37 billion).

At the same time, the groups operating expenses went up 1.3% to $10.51 billion during the second quarter, while the ratio of expenses to revenue was maintained at 59%.

As a result, Citigroups net income was reported to have dropped 3.2% to $3.87 billion during the quarter ended on June 30th.

However, the companys earnings per share were reported at $1.28 during the latest three-month period, while surpassing the median analyst estimate ($1.21), according to Thomson Reuters I/B/E/S.

Meanwhile, loans at the end of the second quarter rose 2% compared to the same period a year ago, while also beating first-quarter results.

The same media also reported that 13 out of 28 surveyed investment analysts had rated Citigroup Inc’s stock as “Buy”, while 8 – as “Hold”. On the other hand, 2 analysts had recommended selling the stock.

With the help of the Camarilla calculation method, today’s levels of importance for the Citigroup stock are presented as follows: