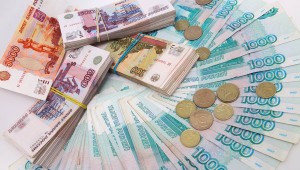 Yesterday’s trade saw USD/RUB within the range of 62.925-65.266. The pair closed at 63.284, plummeting 1.86% on a daily basis, while extending losses from Monday. Mondays rate of decline has been the steepest since August 27th, when the cross depreciated 4.04%. Yesterdays low has been the lowest level since August 11th, when the cross registered a low of 62.780. In weekly terms, USD/RUB went up 0.93% last week, breaking a string of three consecutive weekly losses.

The money amounts, borrowed by consumers probably decreased to USD 19.0 billion in August, according to market expectations, from USD 19.1 billion in July. Given the current state of the economy, a higher-than-expected amount borrowed is usually considered as dollar positive, as it implies a potential increase in consumer spending and accelerated growth, respectively. The Board of Governors of the Federal Reserve is to release the official numbers at 19:00 GMT.

Taking into account the week ended on October 4th and the daily closing levels of the currency pairs involved, we come to the following conclusions in regard to the strength of relationship:

1. During the examined period USD/RUB moved almost equally in one and the same direction with GBP/USD and EUR/USD.

2. USD/RUB moved strongly in the opposite direction compared to USD/CHF during the past week.

By employing the Camarilla calculation method, the daily pivot levels for USD/RUB are presented as follows:

By using the traditional method of calculation, the weekly pivot levels for USD/RUB are presented as follows: