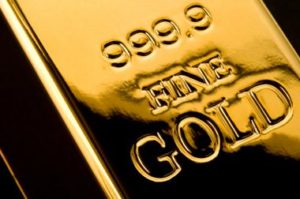 Gold extended overnight gains as softer-than-expected US data and the worst contraction in Chinese manufacturing activity since more than 6 years bolstered its safe haven allure, although gains were capped by expectations for an interest rate hike later this year.

The precious metal gained support last week after the Federal Reserve opted to defer an anticipated interest rate hike in light of global growth concerns and recent financial market turbulence. Adding to those concerns, data on Wednesday showed that activity in China’s sector of manufacturing contracted for a seventh straight month in September, with the corresponding Caixin Flash China General Manufacturing PMI tumbling to 47.0, the lowest in 78 months, while the output index slid to 45.7, also a 6-1/2-year trough.

A separate preliminary report showed later in the day that manufacturing activity growth in the US remained at the lowest since October 2013, while factory gate prices fell for the first time in over three years. The Markit Flash US Manufacturing PMI came in at 53.0, unchanged from the final August reading.

“Manufacturing remained stuck in crawler gear in September, fighting an uphill battle against the stronger dollar, slumping demand in many export markets and reduced capital spending, especially by the energy sector,” commented on the report Chris Williamson, chief economist at Markit. “The disappointing performance of the goods producing sector has so far been offset by stronger expansion in the larger services sector, which means the economy looks to have grown at a reasonable 2.5% annualised pace in the third quarter, but there are question marks over whether this growth can be sustained as we move towards the end of the year.”

Market players will now be looking into the remaining key economic data for the week, including todays durable goods orders that are expected to have contracted in August, and Fridays final reading of second-quarter GDP growth. Also of key interest, Fed Chair Janet Yellen will be delivering a speech Thursday in Amherst, Massachusetts, which will be closely watched for clues on the timing of an increase in US borrowing costs. In light of recent mixed data, if Mrs. Yellen signals some uncertainty regarding the US economy, this could further strengthen the precious metals safe-haven appeal.

According to Binary Tribune’s daily analysis, December gold’s central pivot point on the Comex stands at $1 128.9. If the contract breaks its first resistance level at $1 136.6, next barrier will be at $1 141.8. In case the second key resistance is broken, the precious metal may attempt to advance to $1 149.5.