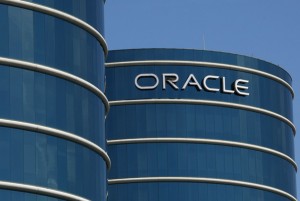 Shares of Oracle Corp tumbled more than 6% in extended trading on Wednesday after the business software maker reported a larger-than-expected sales decline in the fourth fiscal quarter and missed profit forecasts.

Oracle said that revenue in the three months through May 31st slid 5.4% to $10.7 billion, trailing analysts projections for $11 billion, and blamed the decline on negative currency effects amid a broadly stronger US dollar. On a constant currency basis, sales would have risen by 3%, the company said.

The negative effects of the companys strategy was most evident in Europe, where overall sales of software and cloud services slid 21.9% in the last quarter, which Co-Chief Executive Safra Catz explained with a strong push into cloud by local businesses.

“The truth is, our customers are focusing on cloud, as are our sales force,” Ms. Catz said in regard to analysts concentrating only on sales of traditional software licenses. ”We are pushing that conversion quickly.”

However, many analysts remained skeptic about whether the new cloud-based model will work as expected. The 38-year old company has had some success in the cloud segment, but it has so far failed to reinvent itself and make up for the declines in its traditional software revenue. Like many older tech companies, Oracle has been trying to quickly adopt to the customers dynamically changing preferences and fend off the growing influence of younger software makers. Both Oracle and German behemoth SAP have been losing market share in customer relationship management (CRM) software to Salesforce.com, which only offers cloud-based services.

“This was an ugly print and speaks to the headwinds Oracle is seeing in the field as their legacy database business is seeing slowing growth,” said for Reuters Daniel Ives, an analyst at FBR Capital Markets. He rated the companys Q4 performance a C+.

Apart from attributing a large part of the disappointing Q4 results to the stronger dollar, Oracle also underscored the significance of the 29% jump in revenue from the so-called cloud software as a service (SaaS) and platform as a service (PaaS) to $416 million during the quarter, also up 35% on a constant currency basis. Cloud infrastructure as a service (IaaS) sales were $160 million, growing 25%, and up 31% in constant currency, the company said.