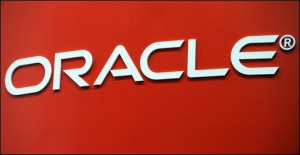 On Wednesday Oracle Corp., the enterprise software and computer hardware producer, managed to put an end to its run of disappointing quarterly earnings. The company announced that its quarterly revenues and profit had exceeded the Wall Street Journal analysts forecasts for the latest quarter. This result is due to hardware sales losses reduction, which proved to be a problem for the company for nearly four years now, after Sun Microsystems was acquired.

The co-president of Oracle Corp. – Mark Hurd officially announced that the companys hardware sales had decreased 3%, but still the company was about to report its first first period of growth since the acqusition of Sun Microsystems. The reason for this growth is the fact that the company is becoming more focused on more profitable engineered systems involving machines, which have already been incorporated in the software of Oracle Corp.

There were some pessimistic comments after the earnings reports, which Oracle has made public, but the executive officers of the company still keep their positive attitude and hopes towards a future growth and profit margin prospects in the quarters that are yet to come. Larry Ellison, who is a chief executive of the company, explained that Oracles 12c database had provoked “more interest than any database in recent memory”. He also said that when it comes to operating profit margins, the company was expecting continuous progress thanks to the more profitable hardware systems rising share and a growing dependence in its software division on higher-margin licence renewals.

The good news of Oracle Corp.s recent growing revenue had been overshadowed by some of the companys main markets weak economic conditions.

This makes executives of the company fear that Oracle may be losing on the account of a new generation of some fast-growing new companies, which gain better positions on the new cloud computing markets. The fact that company is still experiencing some troubles on the Asian market, where software sales decreased by 10% also has to be taken under consideration.