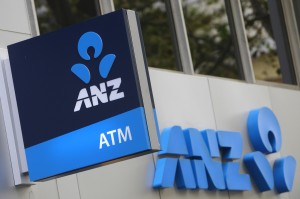 Australia and New Zealand Banking Group, Australias third-largest lender by market value, said on Monday it intends to sell its car and equipment finance business in order to cut its capital requirements.

The unit, which has $6.5 billion worth of outstanding customer loans and represents roughly half of total assets under the broader Esanda arm, may bring proceeds of about $1.57 billion. The assets expected to be sold generate annual pre-tax profit of about $170 – $190 million.

“The sale of the Esanda Dealer Finance business is part of a broader group priority to actively manage our portfolio of businesses to ensure we use capital efficiently, as well as focus on ANZ branded products,” ANZ Australia CEO Mark Whelan said for local media.

The lender said it will send sale documents to potential bidders later this month, adding that the auction will exclude the ANZ commercial broker and the commercial asset finance and direct-to-consumer asset finance businesses. Among interested parties are said to be Macquarie Group, Pepper Australia and KKR & Co, along with global auto-finance companies including Ally Bank, Spains Santander, and Japanese banks such as Mizuho, SMFG and Mitsubishi.