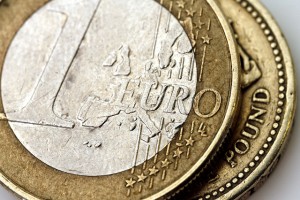 In quarterly terms, the second GDP estimate probably also confirmed the preliminary figure, pointing to a 0.3% growth during the final quarter of last year, according to market expectations. In Q3 economy registered a 0.2% expansion, which came in line with the preliminary growth rate.

According to provisional data published on February 13th, among Eurozone member states, Estonia recorded the highest growth rate (1.1%), followed by Germany (0.7%), Spain (0.7%) and Slovakia (0.6%). Portugal and the Netherlands expanded 0.5% each, French economy grew 0.1%, while Italy showed no growth. Cyprus, Finland and Greece shrank 0.7%, 0.3% and 0.2%, respectively, according to the report by the Eurostat.

The GDP represents the total monetary value of all goods and services produced by the region over a specific period of time. What is more, it is the widest indicator of economic activity in the area. The report on GDP is closely watched by traders, operating in the Foreign Exchange Market, as they will usually look for higher rates of growth as a sign that interest rates will follow the same direction. Higher interest rates will usually attract more investors, willing to purchase assets in the Euro area, while, at the same time, this will increase demand for the single currency. Therefore, in case growth in the common currency zone exceeded expectations, this would certainly provide support to the euro. Eurostat is expected to release the official GDP report at 10:00 GMT.

At 9:30 GMT the Bank of England is to publish data in regard to consumer price expectations during the upcoming 12 months. According to the most recent report, released on December 5th 2014, consumers in the UK expected that annualized prices of goods and services will surge 2.5%, or the lowest rate in at least four years.

According to Binary Tribune’s daily analysis, the central pivot point for the pair is at 0.7248. In case EUR/GBP manages to breach the first resistance level at 0.7278, it will probably continue up to test 0.7318. In case the second key resistance is broken, the pair will probably attempt to advance to 0.7348.