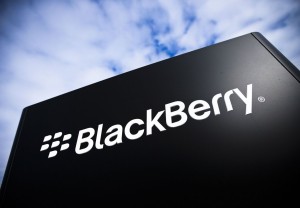 BlackBerry reported that revenue in the third fiscal quarter failed to reach analysts forecasts due to a steep drop in smartphone sales, signaling the companys difficulties to gain traction.

Revenue declined by 34% to $793 million in the three months ended on November 29th, falling short of analysts projections for revenue of $931 million. Chief Executive Officer Mr. John Chen said that quarterly sales were “not satisfying” and that he needs another couple of quarters for them to pick up. “Sustainable profitability can only come from revenue growth,” he said.

Net loss was narrowed down to $148 million, or 28 cents per share, compared to a loss of $4.4 billion a year ago. Moreover, BlackBerry reported a normalized cash flow of $43 million, achieving positive cash flow a quarter earlier than targeted.

“We achieved a key milestone in our eight quarter plan with positive cash flow,” said Mr. Chen. “Our focus now turns to expanding our distribution and driving revenue growth.”

Hardware and services sales each accounted for 46% of total revenue, or about $365 million each, the company reported. Analysts had projected much higher revenue from hardware, at around $500 million, compared to $476 million a year earlier. At $63 million, software revenue was 8% of total, and compared to $56 million a year ago.

BlackBerry managed to sell 1.9 million devices to customers, well behind 4.3 million a year earlier and the previous quarters 2.4 million units.

One of the analysts, who work with BGC Partners – Collin Gillis – commented on BlackBerrys performance in a telephone interview for Bloomberg: “You’re able to turn a profit, you’re able to generate cash on a much lower revenue number this quarter, what’s going to happen when your revenue number goes up next quarter?”