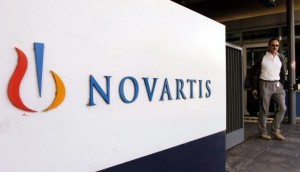 Novartis AG announced that an accelerated review by the European authorities has been granted to a new drug for treating heart failure, improving its chances for getting a regulatory approval in Europe within 2015.

The Committee for Medicinal Products for Human Use, part of the European Medicines Agency which reviews drugs and makes recommendations related to the treatments, will evaluate Novartis heart-failure treatment called LCZ696 over 150 days. Usually, the period for assessment lasts 210 days.

In August, the LCZ696 treatment was reported by the Switzerland-based drug manufacturer to be reducing the risk of both cardiovascular death and admissions to hospital by a fifth. The new drug is now expected by analysts to become a real blockbuster for Novartis, with projections to be able to generate about $6 billion in annual revenue.

The companys announcement comes at a moment when the Italian Pharmaceutical Agency revealed in a statement that two batches of Novartiss Fluad influenza vaccine were suspended by the drug regulator as a precaution. This happened after three death cases, which occurred within 48 hours after receiving the shot.

The two suspended batches are numbered 142701 and 143301. Patients with home packs have been recommended by the Agency to check the lot numbers and contact their doctors in order to be suggested an alternative vaccination option in case of matching numbers.

The Agency also explained that there is a fourth person who had a “serious adverse event” after getting a shot of the companys vaccine. According to the agencys statement, it is not yet clear whether the death cases were simply a coincidence, or were in fact related to Novartis vaccine.

The Swiss company made an e-mailed announcement, which was cited by Bloomberg: “A review of the two batches has confirmed that they are in conformity with all production and quality standards. No causal relationship to the vaccine has been established.”