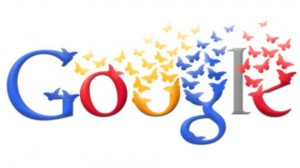 The third-quarter results on Thursday comfortably exceeded expectations and produced a surge in investor enthusiasm as advertising is pushing company forward while mobile segment is yet to record its peak.

Shares of the tech giant rose 8% in after-market trading reaching new record levels and bringing price $40 away from breaking through the $1,000 barrier for the first time in companys history.

Google has been working on a important system which makes it easier for customers to buy advertising on mobile devices and measure its effectiveness.

“There seems to be a lot of interest on the part of advertisers and agencies” says Youssef Squali, an analyst at Cantor Fitzgerald.

However, the average price paid each time a user clicks on an advert, fell by 8% from a year earlier. That was a steeper decline than Wall Street had been expecting and the worst for a year.

Google executives blamed it on a number of factors, not just a rising proportion of cheaper mobile advertising. Analysts continued to look to the indicator as an important barometer of the mobile transition, and a sign that Google’s overall pricing power had slipped.

Apart from Motorola handset division which revenue has fallen around 30% for 1 year, Googles net revenues rose 23%, the fastest growth for more than a year. After three months in which its shares has been lagging compared to the Nasdaq index, that sort of data was enough to trigger a rally.

Google’s profits were also positively influenced by the tougher quality controls that company said it was applying to other companies that run its advertising on their own websites. Due to the new controls, this type of advertising was flat compared with a year before – a move that forced advertisers to place more of their advertising on Google’s own sites, where it generates a much higher margin for the company, analysts say.

Although some analysts still question Google’s transition plan to mobile, the company’s overall growth continues to reflect the critical importance of smartphones and tablets to its business. Its paid clicks jumped by 26%, the biggest increase for a year, as advertisers rushed to try out the new modified computing platforms.

Such example is YouTube as 40% of its traffic comes on mobile devices, compared to less than 10% two years ago, Larry Page, chief executive, disclosed on Thursday.

“We think Google are well positioned globally – they have a more than 50% [market] share globally in mobile,” says Clark Frederikson, an analyst at eMarketer, an online advertising research firm.

The current consensus among 47 polled by CNN Money investment analysts is to buy stock in Google Inc. Companys shares has been up more than 25% on a year-to-date basis.