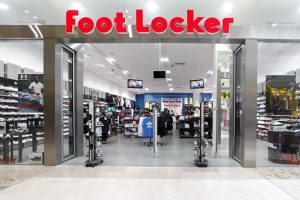 Ken Hicks, 61, announced that he would retire from its position as CEO at the end of the month and be replaced with Richard Johnson, Foot Lockers current chief operating officer. However, changes at the top of the company may concern investors as Foot Locker goes into the holiday season. Under the leadership of Mr. Hicks shares have increased more than four times since 2009.

Foot Locker generates around 75% of all its business from footwear sales. However, with obesity concerns in the U.S there has been an increased focus on fitness wear has made women’s athletic and yoga wear a growing area in retail. In order to tap further into that segment Foot Locker has made a bid in July for Lorna Jane, an Australian maker and seller of women’s workout clothing.

Analysts polled by Thomson Reuters projected earnings per share of $0.79 on a revenue of $1.72 billion.

“It will be a tremendous privilege to lead the organization as we leverage our strengths” said Mr. Johnson. “In pursuit of the exciting opportunities we have identified to grow and improve the business in the near and long term.” he added.