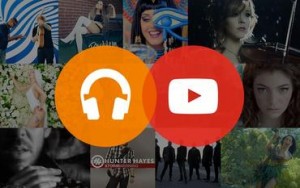 The company announced that its new service is expected to launch in the upcoming weeks. The subscription will start at $7.99 per month and features add-free service with the ability to watch offline videos and listen to music while the phone is locked.

However, YouTube Music key will start as invite-only program and the first six months during beta testing will be free of charge for the users.

Google is investing in mobile entertainment options as it tries to diversify revenue flows beyond its search-engine business. With the launch of the paid-for tier YouTube is hoping to challenge Frances Deezer, Swedish Spotify and Apple, which acquired Beats Electronics for $3 billion in May and owns iTunes.

YouTube shook hands with rights agency Merlin over a deal to license the music from its thousand of independent record labels. The company also signed with Vivendi’s Universal Music, Sonys EMI Group and Warner Music Group.

Last week, the famous U.S. pop star Taylor Swift withdrew her catalog from Spotify due to low royalty rates paid by its free tier, although a lot of her music is still on the free section of YouTube.

Googles plans for YouTube Music Key include the service to go into a joint subscription with its already existing audio-only Google Play Music. The platform was introduced back in 2011 and offers access to more that 30 million tracks.

However, according to analyst Alice Enders at Enders Analysis, it is not competing well against rivals. In an attempt to boost its popularity, Google will allow users subscribed to YouTube Music Key to watch music videos from the audio platform.

Midia Research projected YouTube Music Key to reach $500 million in subscription revenue within a year of launch, thanks to the monthly 1 billion users of the video service.

YouTube also introduced some major improvements to its free tier. The platforms huge database of videos, of which many chaotically uploaded by users, will be brought to order. YouTube said it will organize all tracks into full albums, with high-quality audio files and meta data. With this feature to its free tier, some doubt that YouTube will get many subscribers to its paid service.