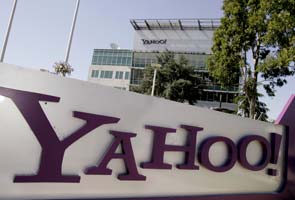 The Chief Executive Officer of Yahoo! Inc., Marissa Mayer, defended the turnaround strategy of the company after she was posed a challenge by the activist investor Starboard Value LP. Ms. Mayer started with a report of Yahoos earnings over the third fiscal quarter.

Yahoos CEO said in an interview for Bloomberg: “Today was really a good opportunity for us to show the progress we’ve made. We were able to reap the fruits of some of what we’ve been sowing over the past few years.”

The sales of Yahoo over the period surpassed initial analysts estimates and helped Ms. Mayer consolidate her positions as head of the U.S.-based company. The companys CEO was attacked by some investors after Alibaba went public, and was pressed by the claims that she could not be trusted to spend the Alibaba proceeds wisely.

Still, Ms. Mayer defended her positions highlighting the fact that she managed to return almost five times as much cash to Yahoos shareholders than was spent by the company on takeovers during the time she headed it. In addition, the Chief Executive Officer said for the first time that a large part of the companys revenue is generated by mobile ads.

Yahoo has carried out buybacks that amount to $7.7 billion of its stock over the two years since Ms. Mayer has taken over the company. This is almost five times the total investments made by Yahoo on acquisitions over the period of Ms. Mayers tenure – $1.6 billion.

As the CEO explained in her statement, Yahoos revenue over the third three months of the fiscal year increased by 1.5% from a year earlier and amounted to $1.09 billion. This result exceeded the initial analysts forecasts of $1.05 billion.

The U.S.-based company also stated its projections for the current quarter. It expects a revenue in the range of $1.14 to $1.18 billion, while analysts project $1.17 billion in revenues.