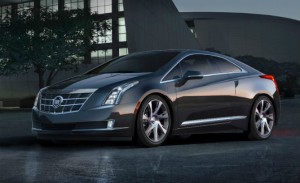 The biggest auto manufacturer in the U.S. – General Motors Co. revealed that it plans to launch a hands-free driving Cadillac model within two years. The Chief Executive Officer of the company Ms. Mary Barra explained in a speech at the Intelligent Transport System World Congress in Detroit that the 2017 Cadillac model will feature the so-called “Super Cruise” technology that is a hands-free automated driving system which allows the vehicle to travel on the highway without the driver holding the steering wheel or putting a foot on the pedals.

The new “super cruise” system will be designed to demand drivers to stay cautious and ready to take back control of the vehicle. General Motors officials also highlighted the difference between the “automated” driving feature and Googles fully-automated, “driverless” vehicles.

According to the statement of Ms. Barra, the new Cadillac is to take control of steering, acceleration and braking at highway speeds of 70 miles per hour or in stop-and-go congested traffic. Roads with proper lane marking will be required.

The U.S.-based company refused to reveal the name of the model that will feature the new technology. As the official representatives of Cadillac revealed, they plan to release a large sedan that will be able to face the rivalry of vehicles such as the S-Class of Daimlers Mercedes-Benz by 2016.

General Motors representatives also refused to reveal the price of the new “super cruise” feature. Currently, a package of optional driver-assistance features for Cadillac models sells for about $3 000.

General Motors push into “automated” driving will further intensify the competition between car manufacturers, as several auto makers have already focused on producing cars that can partially drive themselves. Ms. Barra also said that in two years GM will become the first auto company to introduce the so-called vehicle-to-vehicle technology, which allows cars carrying similar technology to communicate with each other to warn of traffic risks and make traveling safer. It will be incorporated as a standard feature in the model 2017 Cadillac CTS sedan, which will debut in the second half of 2016.

“Im convinced customers will embrace (vehicle-to-vehicle) and automated driving technologies for one simple reason: they are the answer to everyday problems that people want solved,” Ms. Mary Barra said cited by Reuters.