Spains Ministerio de Empleo y Seguridad Social (Ministry of Labor and Social Security) is expected to report at 07:00 GMT that the number of unemployed people during August rose by 26 000, compared to a decline of 29 800 in July.

Spains unemployment change is considered as a leading indicator as it gives a month-on-month insight into Spains labor market. A healthy labor market boosts consumer confidence, which has a positive effect on consumer spending and thus bolsters economic activity. Therefore, rising or higher-than-expected values are generally seen as bearish for the euro, and vice versa.

At 09:00 GMT, Eurostat will report on the Eurozones producer inflation in July. According to preliminary estimates, producer prices probably fell by 0.1% on a monthly basis, compared to a 0.1% gain in June. Year-on-year, PPI is expected to come in at -1.1%, compared to -0.8% a month earlier. If confirmed, this would be the highest deflation since April.

The PPI is an output index – it measures price changes from the makers of a product. Unlike CPI, these price changes are measured from the sellers perspective. The PPIs are used as an aspect of output for the seller and as a cost factor for the buyer. PPI is considered as a leading indicator of consumer price inflation as inflationary pressures on producers are then passed on to retailers and ultimately – to consumers. The PPI does not only serve as an early indicator of inflationary pressures in the economy before it reaches the consumer, but it can also record the evolution of prices over longer time periods.

Swedens central bank, Sveriges Riksbank, is expected to report at 07:30 GMT that the nations current account surplus narrowed in the second quarter to SEK 60.5 billion from 61.38 billion in the previous three-month period.

The current account represents the net flow of current transactions, which includes goods, services and interest payments. It basically measures the difference in value between imported and exported goods, services and interest payments during the tracked period. The imported and exported goods balance is the so-called Balance of Trade. A positive value means we have a current account surplus, which indicates that the flow of capital into the country is higher than the outflow, thus demand for the national currency is growing. Therefore, a rising current account surplus or a narrowing deficit are generally seen as bullish for the local currency, and vice versa. 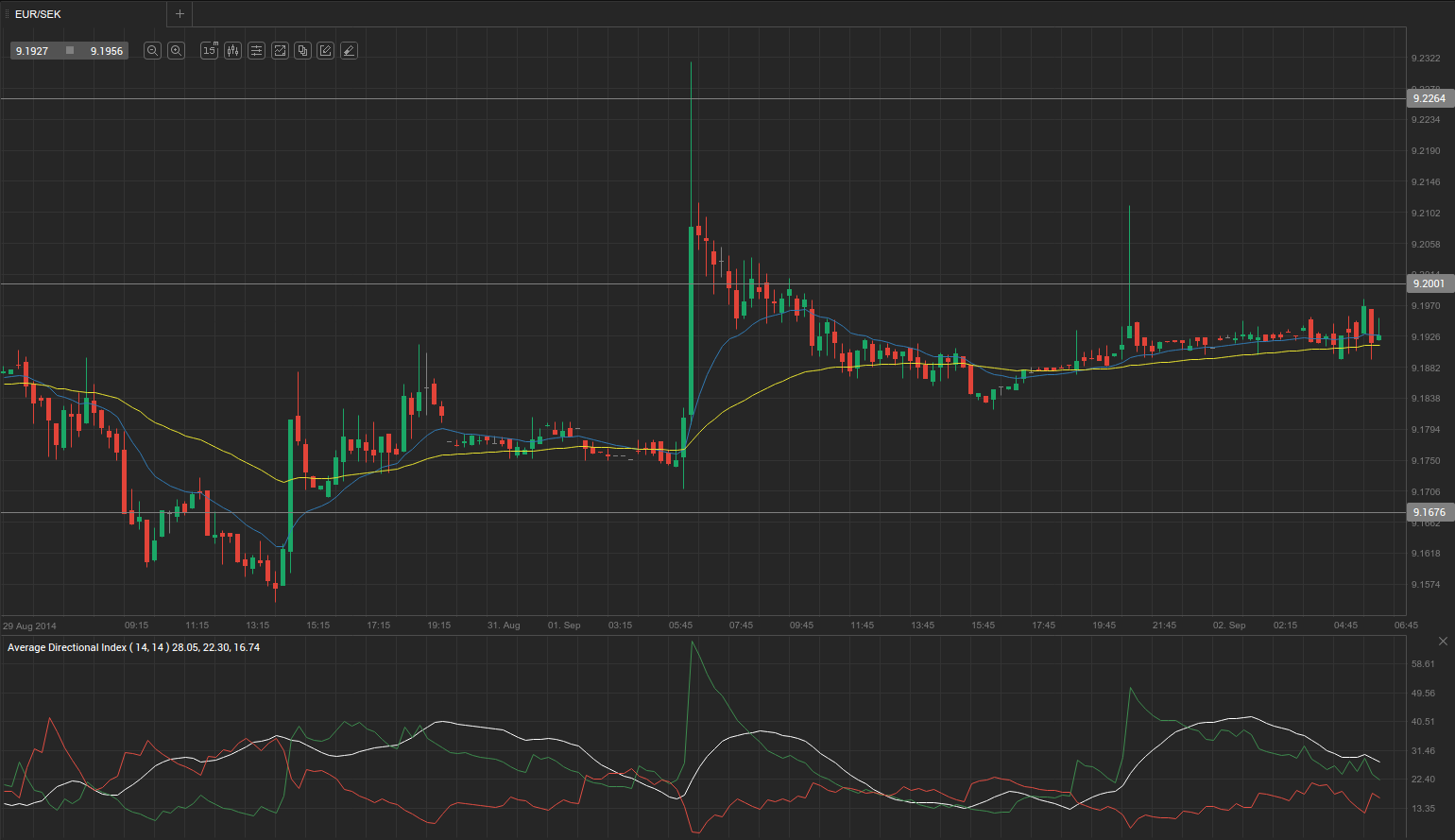 According to Binary Tribune’s daily analysis, the central pivot point for the pair is at 9.2001. In case EUR/SEK manages to breach the first resistance level at 9.2264, it will probably continue up to test 9.2589. In case the second key resistance is broken, the pair will probably attempt to advance to 9.2852.