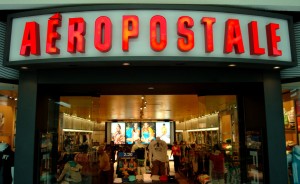 Aeropostale Inc. announced in a statement that the company is bringing Julian R. Geiger back as the new Chief Executive Officer, after Thomas Johnson, current CEO, and the board agreed to the change.

Mr. Geiger, who had a successful run as the companys CEO from 1996 to early 2010, is to once again take over the position in an attempt to swing Aeropostale back to profit, as Johnson was seen struggling after six straight quarters of losses.

“Julian was the leader of Aeropostales strategic direction during a period of significant growth, and we are confident in his enthusiasm for the business, his understanding of todays teen retail marketplace and his intuition regarding teen fashion,” said Karin Hirtler-Garvey, board chairwoman.

The management reshuffle comes as the company is running below-par for 1.1/2 years. Q214 sales declined 13% on an annual basis, while operating loss was $36 million to $38 million. The company plans to announce full second-quarter results on August 21. Losses were pared by a drive to cut expenses and close under-performing stores, but the preliminary results were seen as underwhelming.

“It’s decidedly unimpressive in terms of performance,” Jeffrey Toohig, a New York-based analyst at Investment Technology Group Inc., said for Bloomberg. “It’s a tough environment and a tough space, but they’re doing worse than their competitors.”

The appointment of Mr. Geiger set shares on the rise, logging sizable gains in afterhours trade. Aeropostale Inc. was 2.21% up to close at $3.24 per share and a market value of $249.29m yesterday, though afterhours added a further 5% for a share price of $3.40. Shares have lost some 68% from a year ago.