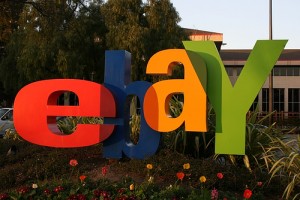 Activist investor Carl Icahn and eBay Inc. started breaking the ice about a month ago over a dinner at the apartment of Icahn in New York City, which was attended by the Chief Executive Officer of eBay – Mr. John Donahoe. They negotiated over the proposal of Icahn for a spin-off of the companys PayPal payments division.

Now the activist investor was reported to have called off his attacks on the company. This put an end to the tension between eBay and Icahn and provided the two parties with the opportunity to reach an agreement.

The Chief Executive Officer of eBay Inc. – Mr. John Donahoe explained in an interview, cited by the Wall Street Journal that Mr. Icahn will be a “long-term shareholder”. He also said: “We felt confident we were going to win the vote. Carl said from the beginning to me he wants to make peace not war.” As reported by Bloomberg, Chief Executive Donahoe added: “Part of what happens is you get to know someone. Theres something about face-to-face business.”

Ebay Inc. made a statement that it reached a final agreement with Mr. Carl Icahn over the PayPal unit spin-off. According to the statement, Mr. Icahns nomination of David Dorman at the position of independent director of companys board was approved by eBay. In his turn, Mr. Icahn has agreed to drop his support of other two nominations for the board. He believed that PayPal units growth decreased, following unsatisfactory results of companys major e-commerce business.

Mr. Carl Icahn also gave a separate interview for the Wall Street Journal, saying: “I think [eBay Chief Executive John] Donahoe thinks about this company day and night; thats the impression I got and thats the kind of guy I want for a CEO. Time will tell if Im right.”