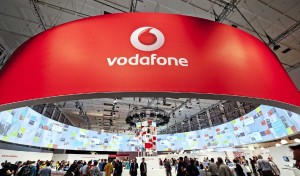 Vodafone Group Plc, the second-biggest mobile-phone carrier by subscribers in the world, posted an eighth straight service revenue decline but revealed that its struggling markets on the territory of Europe are starting to improve.

Mr. Vittorio Colao said in the companys statement, which was cited by Bloomberg: “Our performance is beginning to stabilize quarter-on-quarter in several of our European markets, with customer appetite for 4G services clearly growing.”

Recently, the company has made several acquisitions across Europe. About 20 billion dollars were spent by Vodafone on cable operators based in Germany and Spain over the past twelve months in an attempt to expand its reach and consolidate its market positions.

The mobile-phone carrier also shared that its revenue excluding handset sales and mergers and acquisitions over the first three months of the fiscal year decreased by 4.2% in comparison to the 4% fall over the fourth quarter and the 3.5% decline over the same period a year ago.

Vodafones Chief Executive Officer Mr. Colao said in a telephone call with reporters, which was cited by Bloomberg: “We said that the first half would be a tougher repair period and we counted to have better performance in the second half. It is encouraging that some markets seem to be stabilizing, but I think it’s early to call any low point.”