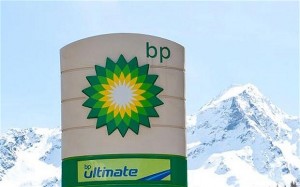 BP Plc made an official statement, revealing that it sealed a contract to supply China National Offshore Oil Corp. with liquefied natural gas. The deal is valued at about 20 billion dollars and is considered one of the series of deals that will be unveiled during the Chinese Premier Li Keqiangs visit to the U.K. According to the Embassy of China in London, several deals ranging from energy to finance at a total value of 30 billion dollars are to be announced over the next two days.

According to the companys statement, the 20-year deal involves shipping of 1.5 million tons of liquefied natural gas to China on an annual basis from 2019. The annual volumes are equivalent to 72 billion cubic feet.

Mr. Bob Dudley, who is the Chief Executive Officer of BP Plc explained at the World Petroleum Congress that the contract will be signed with CNOOC, which is a state-owned company in China, in London with the Prime Minister of the U.K. and the Premier of China present at the event.

As reported by the Wall Street Journal, Mr. Dudley said at the Congress: “It is a big deal, a fair price for them, a fair price for us…and a good bridge between the U.K. and China in terms of trade.” In his speech, which was cited by the Financial Times, he also added: “We are pleased to support Chinas commitment to improving its air quality.”

The deal comes after the announcement of a gas supply agreement that amounts to 400 billion dollars between Russian Gazprom neft OAO and Chinas National Petroleum Corp. Over the last couple of years, Chinese state-owned CNOOC sealed several settlements with BG Group Plc, which is one of the main competitors of BP Plc on the U.K. Market.

The head of the Global Energy Research Network at the University of Warwick – Mr. David Elmes commented on the situation for Bloomberg: “China knows the challenges it faces in meeting the energy needs that underpin its economic growth.” Mr. Elmes also explained that the country is shifting its focus to gas in order to restrain the pollution following the dependence on factories, which are fired on coals.