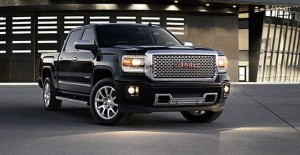 The largest auto manufacturer in the U.S. – General Motors Co. announced that the engineer, who signed off on a defected ignition design that is considered to be related to more than a dozen death cases also oversaw switches in more than 3 million cars, which were withdrawn yesterday.

The recall took place only two days before the companys Chief Executive Officer Ms. Mary Barra is expected to testify before a House committee on the accusations against the vehicle manufacturer that it failed to handle an ignition switch withdrawal of some of its car models. The decision of the company to recall a further 3.36 million vehicles due to flawed ignition switches is the latest vehicle withdrawal of General Motors Co., which has been facing a hard time recently.

According to people with knowledge of the process, the recent recall is considered one of the steps the company is making in order to “clear the decks” of any potential problems related to vehicle recalls, considering the fact that Chief Executive Officer Ms. Barra is to testify in the investigation of the companys safety operations.

The latest withdrawal adds more than 3 million vehicles to the total number of cars recalled by General Motors Co. in the U.S. More than 20 million cars were recalled for different reasons so far in 2014 in North America only. The number of the withdrawn vehicles is larger than the 16.1 million cars and trucks that are expected to be purchased by American citizens industrywide in 2014 and is twice bigger than the number of vehicles GM sold worldwide last year.

Mr. Fred Upton, who is the Chairman of the House Energy and Commerce Committee said in a statement, which was cited by Bloomberg: “This latest recall raises even more questions about just how pervasive safety problems are at GM. Drivers and their families need to be assured that their cars are safe to drive.”

According to the companys statement seven different models of Chevrolet, Buick and Cadillac sedans are to be withdrawn due to an eventual problem with ignition switches that could slip out of the “run” position. The problem is said to be similar to the one in another 2.59 million small cars that were added in the recall earlier in 2014. One of the spokesmen of General Motors Co. explained in an e-mailed statement that the switches of the vehicles were different, but the cars had the same design-release engineer – Mr. Alan Adler, who was found responsible for overseeing the initial problem.