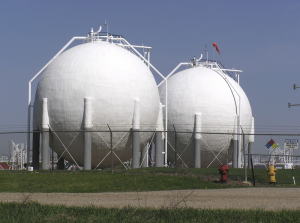 Natural gas slid to the lowest in almost 3-1/2 years after data by the Energy Information Administration showed that US natural gas stockpiles registered a decline well below analysts expectations last week, gaining on deficits.

Data by the Energy Information Administration showed that US natural gas inventories declined by 94 billion cubic feet in the seven days through January 23rd, well below analysts projections for a withdrawal in the range of 108-113 bcf. Stockpiles fell by 219 bcf during the same week last year, while the five-year average draw is 168 bcf.

Stockpiles in the East Region fell by 69 billion cubic feet to 1.281 trillion, 3.0% below the five-year average, while the West Region saw a net withdrawal of 9 bcf to 375 bcf, which brought it to 1.1% above average levels. Inventories in the Producing Region declined by 16 bcf to 887 bcf and were 4.6% below the average.

Prices drew support earlier in the day as weather forecasts called for cooler conditions across the US, although temperatures over large parts of the country were still expected to remain seasonal.

According to NatGasWeather.com, natural gas demand in the US will increase to moderate-to-high through February 4th, with a neutral weather trend for the following seven days, apart from the East where readings will trend cooler.

Warmer-than-seasonal temperatures that have been dominating the western and central US will gradually ease to average or slightly-lower levels the next several days, while a weather system carrying rain and snow drifts across the northern US today. It will bring sub-freezing temperatures on Friday, particularly over the Great Lakes and Northeast.

Another system will bring rains over southern California and the Southwest, before tracking into Texas during the weekend. A blast of cold air will impact the northern US on Sunday into Monday, keeping highs below the freezing point for several days, NatGasWeather.com reported.

Frigid Arctic air will continue to keep temperatures across the Great Lakes and Northeast colder than usual through next week, with a cold blast standing a greater chance of pushing deeper southward around February 5-7th which could lower temperatures across the eastern US to below average. However, the Great Plains and western parts of the country are expected to remain near or warmer than normal through the first 10 days of February, keeping national heating demand from jumping too high.