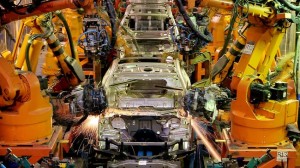 Ford Motor Co. made an official statement, revealing that it intends to manufacture its next generation of the Fiesta small car model in Cologne, Germany. According to the company’s announcement, Ford has set a target to save about 400 million dollars on production expenses in the period from 2017 to 2021.

As reported by the Wall Street Journal, the Chief Operating Officer of Ford Motor Co. in Europe – Ms. Barb Samardzich said on a conference call will journalists: “The agreement will ensure that Cologne remains globally competitive and allow us to manufacture Fiesta here at a profit.”

The company considers that the change will manage to accomplish greater worker flexibility, because the vehicle assembly is to be reduced from three to two shifts. Moreover, the engine production’s schedule will be increased to three shifts. Ford Motor Co. has reached an agreement with the works council and explained that settlement covers all 24000 workers of the company in Germany. In addition, according to the pact, the company is obliged not to cut jobs in the country.

Recently, Ford has been focused on turning its business located in Europe back to profit, which is why it has undertaken an aggressive campaign to reduce its costs. This decision has followed a few years over which the company has posted annual losses of its European operations.

Ford was not the only manufacturer that faced the problems of overcapacity and high expenses in the dawn of the financial crisis, which led to the company joining the ranks of the companies closing unprofitable factories situated in Western Europe and shifting its focus towards countries where costs were expected to be lower. It has already closed its Southhampton, U.K. van factory and also intends to close its Ghent, Belgium car factory until the end of 2014.

The European head of the company – Mr. Stephen Odell explained in the statement, which was cited by Bloomberg: “This agreement and our decision to build the next-generation Ford Fiesta in Cologne marks another important step in Ford of Europe’s transformation and underscores our commitment to invest in competitive vehicle production in Germany.”

Now, as a result of the company’s deal with unions in Germany, Cologne is to become the only place where Ford’s Fiesta small car is manufactured. This is expected to save the company 400 million dollars between 2017 and 2021, which would help it on the way of turning its operations in Europe back to profit.