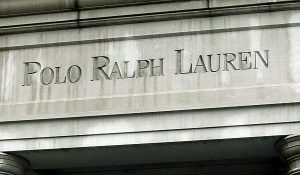 Ralph Lauren Corp fell 2% on Friday after sliding nearly 6% in intraday trading as the company projected lower-than-expected revenue for the current quarter, despite better-than-anticipated results in the three months through March 29th. Roger Farah, the company’s executive vice-chairman, announced he will retire at the end of the month.

The US retailer reported that its net profit for the fiscal fourth quarter ended March 29th was $153 million, or $1.68 per share, exceeding the $127 million, or $1.37 a share, during the comparable period a year ago. Analysts had expected a profit of $1.63 per share.

Revenue jumped by 14% to $1.87 billion due to the strength on the European and American markets. Retail sales gained 5% to $845 million, albeit same-store sales marked a minor fall, while wholesale sales were up by 24% to $983 million.

However, stock fell by nearly 6% in intraday trading and settled the day little over 2% lower as the company predicted worse-than-expected performance in the current quarter. Ralph Lauren forecast that operating margins were expected to decline due to large investments in new brands, e-commerce operations and the expansion of its global store network. In the recent years, the company has focused on the opening of new stores and diversifying its brand and product portfolios, which in terms led to shifts in management.

Revenue is expected to grow between 6% and 8% to around $1.75 billion in the three months through June 30th, trailing analysts forecasts of $1.8 billion.

In the latest of leadership changes, Roger Farah, the company’s executive vice-chairman, announced on Friday he will retire at the end of the month after 14 years of service at Ralph Lauren, but will remain on its board until August.

Mr. Farah, who is credited for turning the company into a fashion powerhouse, stepped down as its longtime president last year, but kept an advisory role as executive vice chairman. He, together with Chief Executive Ralph Lauren, managed to turn the company into a global business with $7 billion in annual sales. Mr Lauren and Jacki Nemerov, the new COO, will take over Mr Farah’s responsibilities.

Ralph Lauren said: “Roger helped us assume direct control of our most strategically important regions and merchandise categories, evolving our company into a highly profitable, global business. He’s cultivated an impressive team of leaders who are ready to build on the strong foundation he has established.”