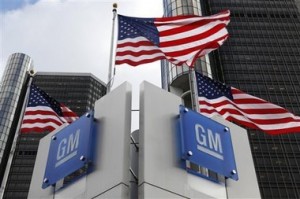 General Motors Co. announced that it was resuming dividend payments for the first time since its government-managed bankruptcy in 2009. This makes its remarkable recovery from the auto industry recession certain. The company is expected to pay a 30 cent a share dividend on March the 28th.

Only five weeks ago the U.S. Treasury sold the last of its stake in the company, which was acquired after the carmakers emergence after its bankruptcy in 2009. The move of General Motors also comes only a few hours before the Chief Executive Positions handover from Dan Akerson to Mary Barra.

Mr. Akerson explained that the company is currently designing high-quality, world-class vehicles and posting “consistently solid results”. He said: “ The board understands that our investors should share in this success and is pleased to announce a quarterly dividend for our common stockholders.”

A net income for the period from January to September 2013 was announced by General Motors Co. in October to be 2.86 billion dollars, on 115 billion dollars of revenue. The Chief Financial Officer of the company – Mr. Dan Ammann is expected to become the President of General Motors on January the 15th. He said that General Motors “fortress” balance sheet, substantial liquidity, consistent earnings and strong cash flow are great prerequisites for an “outgoing payout”. Mr. Ammann also said: “This return to shareholders is consistent with our capital priorities and is an important signal of confidence in our plans for a continuing profitable future.”

General Motors Co. has been kept going after the bankruptcy in 2009 thanks to radical costs cutting and the sharp recover of the auto market in the U.S., where the company is considered to be the leading car manufacturer by sales. The factories of the company located in North America have been currently working on full capacity. All this, as well as the dividend restoration of General Motros comes here to prove and emphasize on the fact that the U.S. auto industry is going back to normal, especially after the bankruptcy reorganization of both General Motors and Chrysler in 2009, which were led by the government.