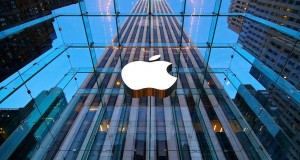 Apple Inc is planning to launch a new online TV service this fall after the technology behemoth completes a series of negotiations with media companies.

The iPhone maker is close to striking deals with broadcasters, including CBS and Fox, in order to start offering a small bundle of channels, according to people with knowledge on the matter.

The planned service would include around 25 channels and would be available on Apples TV device, the third generation of which was released in early 2012. Additionally, the online streaming service is expected to also support Apples other electronics, including iPhones and iPads.

Although the iPhone maker does already own a TV service, which was introduced in 2007 alongside the first iPhone, it would be looking to disconnect the new offering from all of the unneeded wires.

Apples has been long rumored to be preparing a TV service delivered over the Internet and not relying on cables or satellites. However, the technology giant hasnt been very successful with its media-related negotiations during recent years as many broadcasters have frowned upon its proposals.

Despite previous failures, the company reached a deal with Time Warner to make its new HBO Now service exclusively available on Apple devices. The stand-alone service is set to be launched in April, in sync with the season premiere of the popular TV show Game of Thrones. Additionally, Apple reduced the price of its set-top box from $99 to $69.

The new service adds another player in the competition for a bigger share of the so-called “cord cutters”, or people who do not wish to pay high subscriptions for cable TV packages with hundreds of channels and would rather pay a smaller amount for a online on-demand content.

Dish Network recently introduced its own streaming service dubbed Sling TV, delivering its users live TV without a cable subscription. With a monthly fee of $20 the service is available a number of platforms, including Microsofts Xbox One and Amazon.coms set-up box.

Additionally, Sony Corp is also planing to introduce a streaming service and distribute it through its PlayStation gaming consoles. Sony is expected to launch the PlayStation Vue within the next two weeks with a price tag of between $50 and $80 per month. The service will be initially available only in three major cities, with plans to expand nationwide by the end of the year.

In comparison, Apples new service is rumored to be priced in the range of $30 to $40 a month.

According to the Financial Times, the 41 analysts offering 12-month price targets for Apple have a median target of $145.00, with a high estimate of $160.00 and a low estimate of $60.00. The median estimate represents a 16.05% increase from the last closing price.