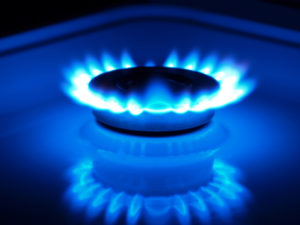 Natural gas advanced on Wednesday as long-term weather forecasting models predicted below-average temperatures in the high-use states, boosting demand for the power-station fuel. The energy source was also supported by early withdrawal estimates for last week, which point to a larger-than-average US gas inventories decline.

On the New York Mercantile Exchange, natural gas for delivery in January surged by 0.92% to trade at $4.327 per mBtu at 09:15 GMT. Daily highs stood at $4.330 per mBtu, while day’s low was touched at $4.291 per million British thermal units. The energy source marked a sixth straight weekly advance, having added 6.5% last week, after gaining 16% in the previous five weeks.

The energy source was supported by the long-term forecast for chilly weather across the high-consumption states of the Midwest and Northeast. NatGasWeather.com forecast a nice warm-up for the central and eastern US over the next few days as high pressure moves out of the West. This will lead to temperatures 10-20 degrees Fahrenheit higher than normal, with highs getting into the 50s in the central US and 60s and 70s for the South and Southeast. The warm weather pattern will be disrupted by a cold blast of Canadian air, which is expected to push into the Pacific Northwest and northern Rockies Thursday and into the West and Plains Friday. Freezing temperatures will reach as far as the southern Plains. A low pressure system may develop over the Southwest and track into the central US where it will strengthen rapidly, leading to bands of heavy rains and strong storm, with some wintry precipitation further north into the cold air over the Midwest. The challenge is to time when the storm will impact the US, if it will be later this weekend or early next week. Once cold air gets established over the Midwest and Northeast, it will probably remain until New Years Eve, keeping natural gas and heating demand above normal over the impacted regions. By this weekend, much of the western US is expected to remain relatively mild and dry for the rest of the year, offsetting some of the upcoming higher demand in the eastern US. However, in the Midwest and Northeast, the regions with high-use states, reinforcing shots of cold and wintry weather will continue through the Christmas Holiday and will probably remain until New Years Eve.

NatGasWeather.com’s extended forecast for the week ending January 2nd called for chilly and wintry weather over the Midwest and Northeast and mild and drier conditions over the western and southern US. The high-use states of the Midwest and Northeast will continue to draw above normal natural gas and energy under these conditions. There is still some likelihood for very cold temperatures to make it further into the central US late in December, but the data is still not convincing enough.

Last Thursday, the Energy Information Administration reported that US gas inventories fell by 81 billion cubic feet in the seven days ended December 6, trailing expectations for an 85 billion decline according to the median estimate of 25 analysts surveyed by Bloomberg. The withdrawal was however well above last year’s 8 billion decline during the comparable period and also exceeded the five-year average drop of 76 billion cubic feet.