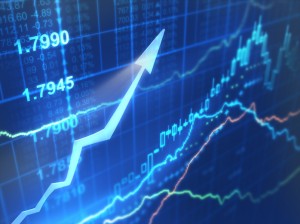 US stock indexes partially recovered from the worst weekly slump since August while European stocks rose the most in two months amid manufacturing growth and as investors awaited the outcome of the Federal Reserve’s meeting.

Investors started the week on a bullish note as they assessed the odds for this week meeting of the Fed may cause withdrawal of its $85 billion-a-month stimulus program.

“Theres an acknowledgment that if they do taper…they could do this very gradually and ratably without causing too much disruption,” said to Wall Street Journal, Jonathan Shelon, who oversees a group of investment portfolios worth about $21 billion for J.P. Morgan Private Bank. Mr. Shelon said his group continues to hold an overweight position in equities. “The market still has its money placed on March [tapering], but at least theres an acknowledgment that its going to happen before or in the first quarter of 2014.”

Economic data on Monday showed output at US factories, mines and utilities rose 1.1% after a revised 0.1% gain in October that was previously reported as a decline, a report from the Fed showed yesterday. The median forecast in a Bloomberg survey called for a 0.6% increase. The index of industrial production rose to 101.3, exceeding for the first time its pre-recession peak in December 2007.

In corporate news, Boeing Inc. jumped more than 1.6% in after-hours trading after authorizing an additional $10 billion share buyback and boosting its dividend by 50%. Others, such as Apple Inc. to Walt Disney Co. and International Business Machines Corp. took advantage of record-low interest rates to raise an unprecedented amount of debt financing and repurchased stock, helping boost per-share U.S. earnings for four years.

Herbalife Ltd. gained 9.43% on Monday after saying a reaudit of the nutritional-supplements makers financial statements for more than three years has resulted in no material changes.