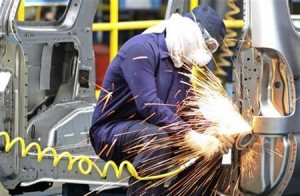 General Motors Co. sold its entire stake of the struggling French carmaker which hopes to find financial help from its Chinese partner – Dongfeng.

Peugeot and Dongfeng Motor Co. have agreed to expand their industrial alliance. But the two are still negotiating a potential equity investment by Chinas second-largest auto maker.

GMs decision to sell its 7% holding came just 2 years after the two companies enter into an alliance to improve the results of both companies. The partnership since then has struggled to meet the original goals, with savings from the cooperation being 40% less than originally planned.

GM announced earlier this month that it will withdraw its Chevrolet brand from the car market in Europe. This is part of eries of moves through which the Detroit based company is trying to clean up troubled operations. It represents the outcome of a 10-year-long brand strategy, which proved itself unsuccessful to make a commitment with the customers of General Motors. The crisis in the car sales on the European market was highly influenced on the campaign’s final results.

Peugeot declined 1.29 euros to 9.34 euros after the news GM is selling its stake, the lowest close in Paris trading since July 30. The stock has dropped 22% this week, valuing the French manufacturer at 3.31 billion euros ($4.54 billion). Detroit-based GM rose as much as 0.8% today in New York.

“The sale is a surprise and reflects negatively on the GM-Peugeot partnership,” said Sascha Gommel, an analyst with Commerzbank in Frankfurt, cited by Bloomberg. “On the other hand, it signals that the negotiations with Dongfeng are well advanced and that a deal is more likely.”

With automobile sales in Europe continuing to decline this year, Peugeot is in need of a substantial financing and aims to expand its footprint outside Europe, where exchange-rate shifts could be less of a matter for the company.

Peugeot said Thursday it would take a €1.1 billion ($1.52 billion) asset write-down this year because of foreign-exchange movements and reduced efficiencies from its alliance with GM.

Europes No. 2 car maker by units posted a net loss of €426 million in the first half and its new-car registrations in Europe have fallen 10% in the first 10 months of the year, compared with a 3.1% contraction in the overall European market.

Dongfeng and the French government likely are considering acquiring substantial minority stakes, people familiar with the negotiations said to Wall Street Journal. That would mean that the Peugeot family, which owns 25.4% of the companys capital and 38.1% of the voting rights, might lose control of the two-centuries-old company.

Some analysts look at GM’s exit as a relief for Paris-based car manufacturer mainly because it may secure the long awaited deal with Dongfeng. GM and Dongfeng are direct competitors in China, and now GM being out of the picture could help Peugeot signing the alliance.