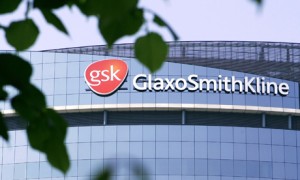 GlaxoSmithKline Plc. is a science-led global healthcare company which researches, tests and develops a variety of innovative medicines and brands. The company is trying to increase its stake in Indian subsidiary from 50 to 75%, which is going to make it the latest global company to deploy cash in order to raise exposure to its Indian unit.

The UK-based pharmaceutical company announced that it would pay 1 billion dollars per share. This is 26% more than the last closing price on December the 13th. The companys shares in its publicly listed Indian pharma subsidiary recorded a 20%-increase early on Monday morning in Mumbai.

This is the second largest equity investment in India of the company this year. It is also a part of a larger and more serious investment strategy by major foreign groups in Asias third largest economy. In spite of the fact that Indias economic growth has been going through a slowdown for two years now, many global companies find it quite important for their future development. This is why the GlaxoSmithKline Plc.s offer looks quite similar to some other global companies deals, which were used in order to help them increase their economic interests in their subsidiaries in India.

One of the deals of the year was executed by Unilever, which spent 3.4 billion dollars in order to increase its stake in its listed subsidiary in India – Hindustan Lever. A similar strategy was used by Glaxo in 2012.

The chief strategy officer of GlaxoSmithKline Plc. – David Redfern said in a statement for Financial Times that the latest transaction “will increase exposure to a strategically important market, and for our Indian pharmaceuticals subsidiaries shareholders, we believe it offers a good liquidity opportunity at an attractive premium”.

There is no guarantee that Indian shareholders will be lured to let go their shares by the price. The market for medicines in India is expected to grow rapidly, because wealthier Indian people seem to start looking for better health care and medical services. On the other hand, the drugs market also seems quite unstable, which makes it a subject to frequent regulatory intervention.