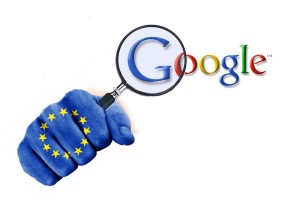 Google Inc. has been hoping to settle its high-profile antitrust case in the European Union, but unfortunately its hopes suffered a failure.

It turned out that competitors and consumer groups of the company reprimanded its latest proposals that concern resolving the EUs competition concerns. Critics also did not speak highly of Googles initiative. They commented that the proposals were nothing but a negligible improvement of an earlier offer and their effect for improving the competition would tend to zero.

The pressure on Joaquín Almunia, who is the antitrust chief of the European Union, has immensely grown due to the negative feedback the company received on the occasion. Now Mr. Almunia can either start the negotiations fresh for a third time or file a formal complaint by starting a lawsuit. However, a legal process may result in large fines for Google. Mr. Almunia has said that he hopes to reach a settlement by the spring of 2014.

For years now Google Inc. has been the leader on the Internet-search market in the European Union. The company made some proposals in October, which were provoked by the accusations that it squeezes out rivals in its search results. The negative feedback, which was received, made the European Commission announce that it will take into account the feedback in question in any case. The complainants were also allowed to proceed testing how their products would be displayed in search results.

Thomas Vinje, who is a lawyer working for Fairsearch – an umbrella group for dozens of complainants – said on this occasion: “Googles latest proposals… remain ineffective and wouldnt materially restore genuine consumer choice or competition.”

Shortly after, Google responded to all the criticism. Al Verney, who is a companys spokesman, said: “As the European Commission has said recently, this process is about giving visibility to rival sites, not mandating outcomes.”

Although the company pointed out that the objections received from rivals are not fresh news, there are some other interested parties recently registered. Only time can tell how things are going to happen from now on, but one thing is for sure – the European Union will continue monitoring Google and it will take into account all the complaints received.

Still, the antitrust chief of the EU Joaquín Almunia reported that the October proposals of the company constituted “significant improvements”. He also said: “Were received seventy responses and were analysing them.”