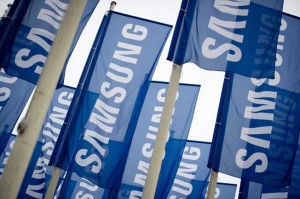 The European Union antitrust officials attacked companies such as Samsung Electronics Co., Royal Philips NV and Metro AGs Media-Saturn, because they suspected them in online-sales restrictions. These companies were believed to have “put in place restrictions on online sales of consumer-electronic products and small domestic appliances”, considering the fact that clauses such as these ones may lead to increasing the consumer prices of products or stop some online sales.

Last Friday on a conference in Brussels, Andreas Mundt, who is the head of Germanys Cartel Office said this would have definitely be a new era of enforcement as far as the EU commission is concerned, because the commission had never dealt with such cases.

Mr. Mundt also explained that the EU was acquainted with similar probes in Germany and in the U.K., but the so-called vertical restrained of prices or supplies restrictions had rarely been surveyed until now. None details on the EU raids were given on the Brussels conference. The EU commission really has quite modest experience when it comes to such restrictions. In 2009 the EU examined online sales and proposed some rules that gave luxury-goods makes the opportunity of setting some limits on online resellers such as EBay Inc., for example.

Last month the investigations of Amazon.com Inc.s sales restrictions were dropped by the U.K. and German regulators after the website removed the ban on retailers, who were using it in order to buy some products they sold afterwards at higher prices on other platforms. It turned out that the practice of different pricing for online and offline goods is considered widespread by regulators, as explained by Mr. Mundt. He, however, reassured people that the regulators were ready to examine any case of violation of online retailers best-price guarantees.

Last Thursday Antoine Colombani – one of the spokesmen of the regulator based in Brussels announced that on December the 3rd companies in several countries in Europe were visited by EU antitrust officials. For example, this week Philips was visited by EU officials, as well as some other companies that have the reputation of being leaders on the market worldwide.

Media-Saturn was also among the companies visited on December the 3rd, which made it officially announce that the group is fully cooperating with the EU regulators. The largest technology company in Asia – Samsung is also determined to assist and support the actions of the European Commission, but refused to comment and give any more details for now.