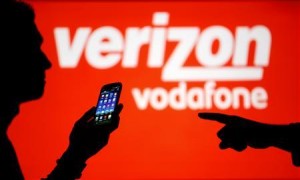 The company scheduled a shareholder meeting for January the 28th 2014, which goal is voting on its acquisition of Vodafone Group Plc.s stake. The deal is estimated to 130 billion dollars. The investors will be asked to approve the issuance of 1.28 billion shares. This will give the company the opportunity to finalize the transaction by the first quarter of 2014.

Verizon announced the deal in September and explained that it intends to buy out 45 percent stake of Vodafone in the joint venture. The transaction also turned itself in the biggest company debt offering ever thanks to the fact that Verizon sold 49 billion dollars in bonds in order to fund the purchase. The parent company will own 100% of Verizon Wireless and by this will get all the profit.

During the last few years the U.S. customers have shown an increasing need of smartphones and tablets, which on the other hand, means greater demand for wireless data services. Moreover, considering the exclusively successful 14-year-old partnership between Verizon and Vodaphone in the U.S., the deal looks absolutely reasonable.

Vodafone has announced that the company will use part of the proceeds from the deal in order to make further investments in the development of its own network.

On the other hand, Fran Shammo, who is the Chief Financial Officer of Verizon explained that the company will try being more focused on increasing its credit after finalizing the merger. This includes returning the A-credit ranking of the company during the next four to five years. In addition, the Verizon fourth-generation wireless network is going to be added more capacity.