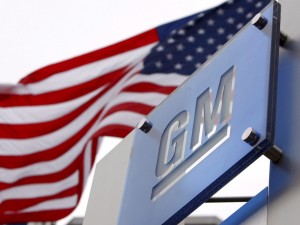 General Motors Co. has made an important move that may turn out to be quite helpful as U.S. Government considers different options for its own shares in the company.

The stake estimated at about 900 million dollars by the company is planned to be sold at a private placement. The sale comes with a perfect timing for the leading US automaker, because the Government has been discussing different options concerning unloading its majority stake in Ally. During the financial crisis, the former lending subsidiary firm received some money support estimated to 17.2 billion dollars by the U.S. in order to survive after its sub-prime mortgage losses, because it had some difficulties due to serious legal issues.

Thanks to the financial support provided by the US Government, Ally has managed to deal with the problems and even to pay back the remaining part of its bailout, amounted to about 4.9 billion dollars. Regardless of the issues it has gone through, the company remains one of the largest financial institutions.

In addition, both the Treasury of the U.S. And Ally announced that unloading the 64%-stake of the Government could be achieved by initial public offering. That is exactly why the sale of General Motors stake may provide the US Government with the opportunity to consider overall investor demand.