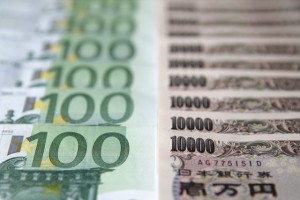 EUR/JPY was trading in proximity to 4-year highs on Friday, after a report showed that inflation in the euro zone is advancing at a faster-than-expected pace.

The European Union statistics office announced on Friday that consumer prices in the euro region in November climbed 0.9%, compared to the same period a year ago, which is more than the median analysts estimate of 0.8%. The consumer price index (CPI) advanced by 0.2% compared to last months reported value of 0.7%. The index examines the weighted average of prices in a basket of consumer goods and services. It is calculated by taking price changes for each item in the basket and averaging them, weighing them according to the item’s importance. CPI is sometimes referred to as “headline inflation”. It is calculated on a yearly basis.

Yesterday, the Federal Statistics Office, reported that the German inflation rate rose to 1.6% in November, compared to 1.2% last month. The inflation rate is calculated by a harmonized EU method.

On November 7th, the ECB unexpectedly cut its main interest rate to a record low level of 0.25 percent, after inflation rate slowed to a 4-year low of 0.7% in October.

Meanwhile, a vast string of economic indicators was released earlier on Friday out of Japan.

The index of consumer prices, excluding prices of fresh food, the Bank of Japan’s gauge for its 2% inflation objective, rose to 0.9% in October on annual basis, in line with expectations, marking its fifth consecutive gain and also the fastest pace since November 2008, after in September it reached 0.7%.

The annualized consumer price index (CPI) for Ku-area of Tokyo climbed to 0.9% in November from a year earlier, exceeding preliminary estimates of a 0.7% inflation, while in October the CPI rose to 0.6%.

These data points indicated that Japan was in a process of recovery from the 15-year period of deflation.

The BoJ started an ambitious 2-year program in April, which is meant to achieve central banks 2 percent inflation target by monthly purchases of government bonds, worth 7 trillion yen.

Minori Uchida, head of global market research at Bank of Tokyo-Mitsubishi UFJ Ltd. in Tokyo, cited by Bloomberg, said: “The yen selling may have been triggered by inflation data out of Japan, the market is taking note of Japan’s exit out of deflation.”