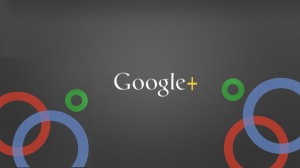 The tech giant Google said on Tuesday that it aims to tie the Android operating system, used on the majority of the world’s smartphones, more closely to Google Plus to encourage people to upload their photos to the social networking service automatically. This way Google ensures large amount of visitors coming from companys global dominance in mobile operating software business.

The move, describes the latest attempt by Google to exploit the massive reach of its most popular services as it seeks to make up for a slow start at Google Plus, which was launched two years ago. Android was installed on 74% of smartphones shipped during the second quarter of this year, according to research firm IDC, giving Google a massive launch pad for other services that are distributed as part of the software.

Google has already explored ways of using its other services to boost interest for the social networking service, for example requiring people who want to sign up for Gmail to have Google Plus accounts. Although that has created a large nominal audience for the service, it has not led users to create enough content to deepen engagement with the network.

Now Google would implement a new commenting system on YouTube that ties anyone who wants to comment a video material on the site to a account at Google Plus.

Vic Gundotra, the Google executive in charge of social networking, claimed that recent months had already brought a big pick-up in interest, with the number of monthly active users on Google Plus rising from 390 million in May to 540 million, and the number who look at content in their Google Plus “stream” increasing from 190 million to 300 million.

Google Plus is already successful in attracting interest from photographers, as it offers storage of pictures in high resolution. On Tuesday the company announced a range of new features for its photo service, such as an auto-adjustment to improve the quality of images. The photographic niche has already given its results as people upload more than 1.5 billion photos a week on Google Plus comparing to 350 million on Instagram and 2.5 billion on Facebook.

Googles shares added more than 2% at yesterdays trade while being up more than 46% this year. Investors are positive of tech giants share price as current consensus among 47 polled investment analysts is to buy stock in Google Inc.